In the early 1900's Walter Burley Griffin (1876-1937)(bio here) named an area of  'Klensendorlffe's Paddock' (post here) near the soon to be built Parliament House, 'Westlake'. At first the area was used to house workers building the new city of Canberra in camps consisting of tents. One camp was established in the 'hollow' of a natural saddle of the area's landscape called the 'Gap'.

This natural feature led down to the nearby Molonglo River and is thought to be an Aboriginal (post here) pathway from Black Mountain to Tuggeranong (post here). An old road (circa 1850's) from the nearby quarry was said to have been established on an existing Aboriginal pathway. Aboriginal scarred trees (post here) at Westlake and reported stone artifact scatters on Stirling Ridge by a Ngunawal  Elder confirms sustained habitation of the area by Aboriginal people.

Cottages were built in 1923 and occupied in 1924, for married tradesmen building the infrastructure for the new Federal Capital of Australia. The cottages were built by the Federal Capital Advisory Committee and the 'suburb' Westlake was born. Many Families lived and grew up in the sixty one (61) cottages that made up Westlake over a period extending for fifty years. These families of Westlake are well remembered and well documented. 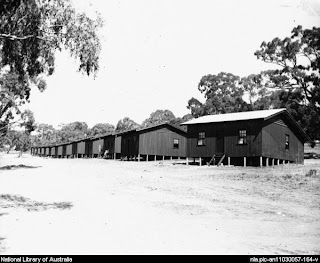 It was said that Australia's 'great depression' of the 1930's and the financial constraints of World War Two prevented the building of more substantial replacement dwellings (and possibly the area's continued existence) for residents of the Westlake workers camp. The 'camp' was served by a Community Hall and a social history was developed over time by the close knit community.

Today the workers camp at Westlake has literally vanished after concerted efforts by the Government to remove all signs of it's existence as an area of prior residence. The housing was removed in the 1960's and soil from the excavation of Canberra sewer trenches (circa 1920's)(post here) was spread out over the cottage sites. 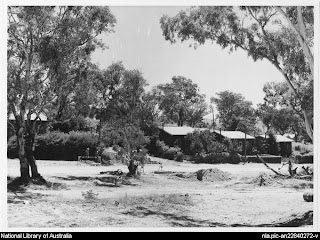 The physical site is now an open 'paddock' with native plantings established over the years and natural regeneration of the 'native bush'. Though the area is slowly being reclaimed by nature, hints remaining of the area's time as Canberra's first 'suburb' are all around. Old strips of bitumen on a track that once was a road (now a degraded track), a drain on the 'paddock' a remnant of the cottage's drainage system and the area is sprinkled with aging exotic trees.

Attempts have been made to provide signage to the history of the Westlake settlement and there are several plaques and numerous signposts showing the cottage placements that give a perspective of how the camp once looked and a glimpse into the lives of Canberra's first real residents. I particularly enjoyed reading the brief reminiscence of a (now grown) child of westlake saying something to the effect of  'After school and at every opportunity we went down to the (nearby) Molonglo river and never liked wearing shoes...'

Looking at the Embassy studded area today I would say a "cottage" at Westlake today would be worth a million dollars. The old Westlake workers camp is an interesting area for a stroll.

Hidden Canberra: http://hiddencanberra.webs.com - this is her major site

Glimpses of Canberra: http://canberraglimpses.webs.com - then she decided she had more to say

Canberra Electoral Rolls: http://canberraelecrolls.webs.com which she transcribed herself. 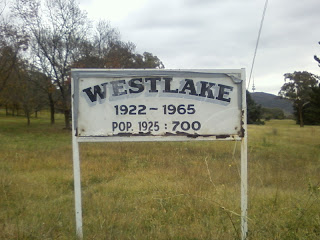 You will know your in the right spot. 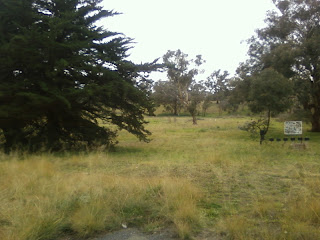 A view as you enter the Westlake area. 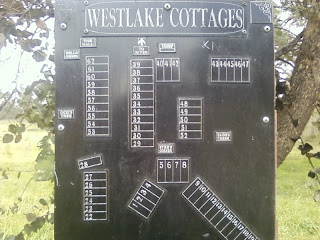 The layout around the area is provided by signage. 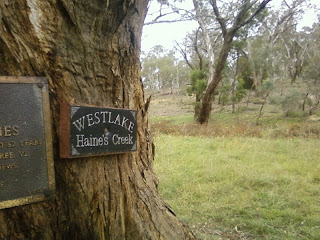 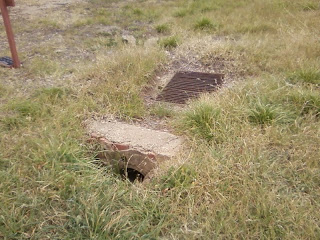 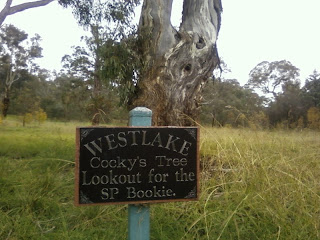 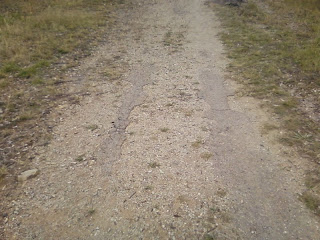 Remnants of an old bitumen road 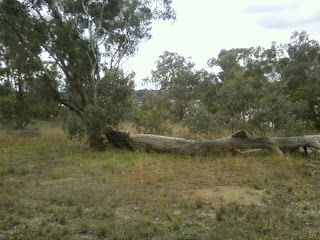 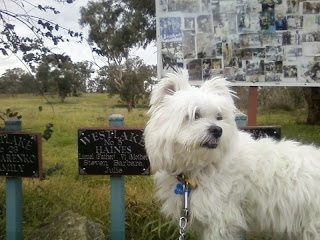 Scruff... (my partner in crime)

Located at the end of Empire Circuit, Yarralumla.

Email ThisBlogThis!Share to TwitterShare to FacebookShare to Pinterest
Labels: westlake