Count Leopold Fabius Dietegen Fane de Salis (1816–1898) (bio here) was a pastoralist and politician who moved his family to Cuppacumbalong (station) in 1855. Here, overlooking the Murrumbidgee River, with magnificent views of the mountains and valleys to the west is his grave and those of his family.

The de Salis family cemetery is an unusual site at the end of a 1.5 km (easy) walk through the Murrumbidgee River Corridor starting at the Tharwa Bridge. The cemetery is unusual in that it is a raised oblong mound retained by a dry-stone retaining wall. The site was chosen as it was a favorite place on the river for one of the family.

Three past burials had been washed away by flood so the decision was made in 1878 to raise the cemetery site by several feet. This was  a substantial feat of earthworks for the era with the stones for the retaining wall being carted by horse and dray from Mount Tennent (here) and the filling earth being supplied from the Murrumbidgee River bank.

About 16 people associated with the de Salis family including the Count, his wife, their second son and station staff are buried there. Leopold's only daughter Nina married scientist William Farrer (bio here) in 1882 and is buried at 'Lambrigg' not far away (post here).

There is a Wikipedia article (here) 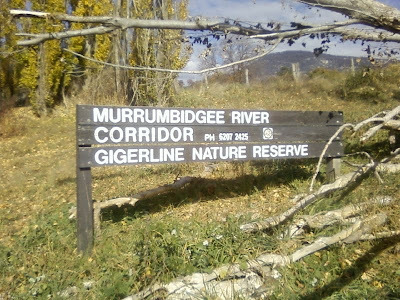 Below the right hand side of Tharwa bridge is a path along the river.
This leads to the Gigerline Nature Reserve then on to the cemetery. 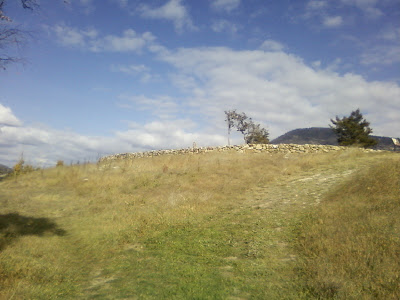 As you approach the cemetery "mound". 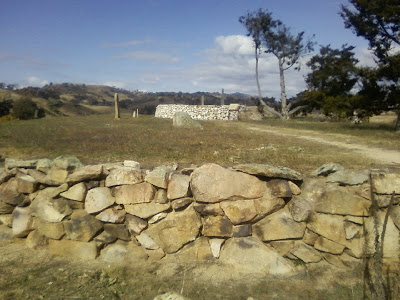 The oblong raised mound supported with dry-stone walls. The de Salis family enclosure is seen at the far end of the mound. 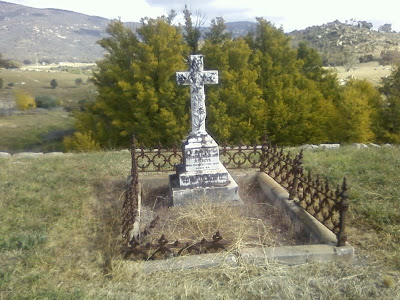 A lonely grave on the edge with magnificent views behind. 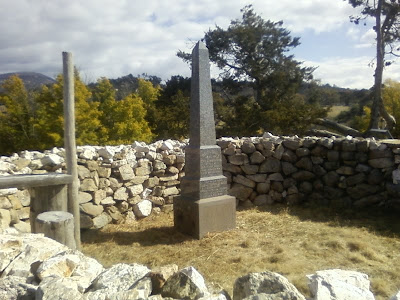 The de Salis family monument and stone-wall enclosure (made from quartz).