The last of the Wild Blacks

This post amounts to what knowledge I have on a famous historical Aborigine from today’s Canberra region whose significance is largely unknown yet should be worthy of a monument. This man's name was Onyong.

When I say knowledge I mean information collected over time that I have absorbed. Often I did not reference these gems as I never thought I’d be writing at any length about what I discovered to be a remarkable story that opens a window to the realities of European expansion.

This post is also an expansion of an essay I wrote in 2010 and I think the meagre information still paints a picture of a full life representative of those affected by colonial history wherever it was forged.

As far as I can discover, around the year 1825 there was an estimated 6 or 7 hundred strong Indigenous population roaming the plains, reportedly counting only the men. Onyong was a well known Aboriginal man and apparent leader of his people, the Ngambri, during the time of early European settlement of the region in the 1830’s.

Onyong’s home-base appears to have been located on the Tuggeranong Plain south/west  of Mount Taylor although he was known to travel extensively – as far as Goulburn and Bungonia to the northeast, Mannus to the southwest and the Bogong Mountains west. Ten years later, in 1834, two groups  are recorded in the Canberra Region. Records show the Hagen-Hope tribe numbering 46 and the Nammitch tribe (neither of which I can find a record of the European naming), numbering between 60 and 70. The chiefs of these two groups were recorded at the time to be, Jemmy the Rover and Onyong, respectively. The members of the group under Onyong were described as:

“wild blacks … [who] seldom go near the haunts of white men”.

7 years later, In 1841, the Colonial Government blanket issue at Queanbeyan listed both men as belonging to the Hagan-Hope Tribe, for some reason the two groups had merged, the tribe now numbering only 56.

We are left however with a bold image of Onyong left to us from JJ. Moore of ‘Canberry’, the first European Station owner on the Limestone plains. He described Onyong as

‘A ‘tall burly man’, he cut an impressive figure to all who met him.”

Onyong’s leadership was widely recognised among the European settlers and over time a few scant stories were recorded.

Onyong was apparently feared by some settlers as he often raided their stock, but he struck up a respected friendship with ex-convict Garett Cotter for whom Canberra’s main water supply was named and the two spent much time together’. Garett is a story on his own.

James Wright, owner of Lanyon mentions that Onyong was once caught by Henry Hall of Charnwood spearing livestock and consequently was ‘shot in the leg’.

During the 1840s Onyong’s band maintained a close relationship with the Wright family at Lanyon, and it is known from Lanyon records that there had always been rivalry between Onyong and Jemmy the Rover over tribal leadership issues.

The Herald newspaper of October 31, 1834, reports that the blacks in the neighbourhood of the Limestone and Maneroo Plains – had been accused of spearing cattle and sheep, but, with its old time caution, the paper remarked:

“This statement is likely to be without foundation. It being probable that the same is published with a view to covering some of the delinquencies of the stock keepers and others in care of their master’s stock.”

Terence Aubrey Murray of Yarralumla when speaking concerning the employment of Aborigines in 1841, remarked:‘… they in general shew [sic] a determined dislike to settled habits of any kind … their love of independence is too great and habits of wandering too strong to admit of it …. they are so wedded to their own habits – supporting themselves with so much ease by the chase – that it can scarcely be expected they should adopt ours’.

Six to eleven years later, sometime between 1847 and 1852 Onyong was killed by Jemmy the Rover at what became the Township of Queanbeyan’s Showgrounds as:

‘…while the latter was away Onyong had usurped his position as chief’.

Wright records the burial of Onyong, who he stated was the chief of the Kamberra tribe. This in itself is interesting as an apparent phonetic development as Canberra’s Name was developing. The site of the burial was on top of a stony hill about a quarter of a mile from the Tharwa bridge:

“The body was trussed in the knee-elbow position, and the fat about the kidneys was removed. The fat was supposed to possess great virtues, and was distributed to the gins, who carried it in the bags which were hung from their necks.A hole was dug in the ground, at the bottom of which a small tunnel was excavated. In this tunnel the body was placed, together with the chief’s weapons a broken spear, shield, nulla-nulla, boomerang, tomahawk, opossum rug, and other items for use in the next world. The grave was then filled in.”

After Onyong’s death it was obviously difficult for aboriginals to maintain a traditional existence due to the growth of European livestock, crops and fencing. At the same time European Illnesses were inevitably introduced, decimating the population. Mixed race Aboriginals tended to remain working on local stations and some dispersed to other tribes in other areas

The following quote from James Wright about the eventual fate of Onyong’s remains,  remain as a poignant reminder of European attitude towards Aborigines of the day…

'Well, that was the end of that ‘worthy’ with the exception that a number of years later a man named Smithie dug up the skull and with questionable taste had it made into a sugar bowl, which I actually saw in use on his table.’

Onyong is buried on a hill behind the village of Tharwa in the Australian Capital Territory.

I think Onyong is archetypical of the last ‘wild blacks’ at a time when the clash of cultures between Europeans and the First Peoples was brutal, disempowering and final. His descendants do however live on and the community is represented

Personally I’d like to see a historical representation of Onyong.  Perhaps the ACT government could throw a funding grant to a public art space artist. Perhaps at the National Arboretum amidst a grove of ghost gums.

Plea to the King to allow Aboriginal kids go to school

One of the most powerful historical documents I've found originated from the aunty of a mate of mine. Written in 1926 it is an impassioned plea to the King of England to allow Aboriginal and half-caste children permission to attend the Batemans Bay Public School.

Interestingly the letter was officially unacknowledged. Best left for your own interpretation.

Scene: On Monaro.
Dramatis Personae:
Shock headed blackfellow,
Boy (on a pony).
Snowflakes are falling
So gentle and slow,
Youngster says, 'Frying Pan,
What makes it snow?'
Frying Pan confident
Makes the reply--
'Skake 'im big flourbag
Up in the sky!'
'What if there's miles of it!
Surely that's brag.
Who is there strong enough
Shake such a bag?'
'What parson tellin' you,
Ole Mister Dodd,
Tell you in Sunday-school?
Big feller God!
He drive 'im bullock dray,
Then thunder go,
He shake 'im flour bag--
Tumble down snow!'

Think about that... I had decided to finish with this blog because I had exhausted the historical research the blog was started to accomplish. A recent reading of a 19th century Australian poem has reignited a desire to publish a few thoughts on,  amongst other things, some indigenous themes in relation to the truthful but largely ignored history of European Invasion.

I have a few themes that seem to haunt me and deserve airing I think. This blog regardless of me stopping posting, after 5 years, still recieves thousands of visitors a month and is a platform for some expression I shouldn't ignore.

So Dave's back just there wont be much ACT. Hopefully I'll help, at least, start a conversation.

I was asked to write something for the excellent website Honest History. 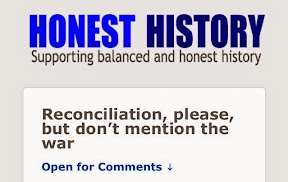 It's my thoughts on the forgotten wars of colonial expansion between European settlers and the First People's of Australia. 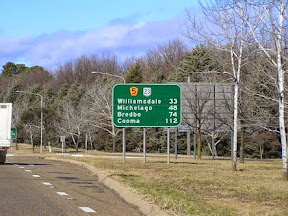 Something that's been irking me. I'm afraid I'm getting a bit ANZACed out. The notion that the failed Galipoli Campaign defined the Nation, that 8 months, 2 weeks & 1 day trumps every other Australian historical experience is almost jingoistic.

I'm going to be blunt. What defined us before Gallipoli and indeed before federation was the 112 year frontier war enforcing Terra nullius with muskets, poison and massacres. You can add the historical timeline of colonial expansion that grew to make Australia a pastoral powerhouse, add convict labour and the gold rushes but what brought us to federation was riding on the sheep's back & the White Australia policy.

Federation defined us as a nation. Gallipoli was an Australian action of war 15 years later which, although deserving observation, by venerating it as Nation Defining denies a tapestry of history, both glorious and brutal, that produced the men that stormed the peninsula beaches.

It's almost as if Gallipoli washed away exploration, expansion and the war against the original People's. I've heard squeaks for the Australian War Memorial to acknowledge the frontier wars but I don't actually agree with this.

I see as far more appropriate a dedicated place be created. A place of learning and history forming a memorial, museum and cultural repository for the Nation. 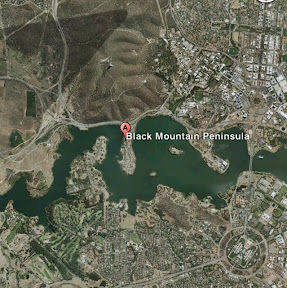 One of the documented corroboree grounds in Canberra by chance still exists despite the filling of Lake Burley Griffin. Today it is a peninsula of Black Mountain (originally Black's Mountain) and is adopted today as a recreational park.

I've long thought a memorial was necessary but when I heard of the dire state of saving old indigenous films and recordings through lack of funding and facilities in a race against time I understood the need for a national institution.

So when we have finished commemorating every centennial battle anniversary of World War One till 2018 perhaps people could throw the equivalent of the centennial celebrations costs toward something just as representative of defining the nation. Perhaps the politically incorrect gargoyles at the War Memorial, seemingly unwanted amongst the flora and fauna, could be an exhibit in my proposed Indigenous memorial/museum/repository. 'On your left.. aboriginal representation circa 1940's Australia."

I'm not going to write much about this I would just like you to watch an Australian Video highlighting the facts about the Coal Seam Gas Industry and its effects. 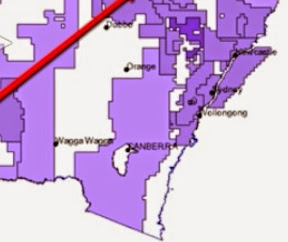 Although I have always opposed this invasive form of mining it was only recently I discovered the extent of it. Above is a current cut out of a map showing exploration licences in New South Wales.

It shows the Australian Capital Territory as an island in a sea of potential gas fields and the landholders involved have no say in their establishment. This is a well produce video & very informative. I leave it to draw your own conclusions but as a final comment watch water & communities burn... 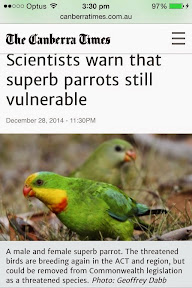 Currently they are recognised as a threatened species in Canberra but this protection appears to be on the chopping block despite scientists misgivings.