As Canberra develops, urban landscapes change as new concrete monuments replace the old and familiar. Disappearing landmarks from my youth have been on my mind lately...

The Hotel Civic opened in 1935. The Hotel was one of a few original Canberra hotel's remaining.  Located in today's bus interchange in Civic (on the corner of Alinga Street and the eastern side of Northbourne Avenue). The Civic hotel was constructed in an Art Deco style from Canberra Cream bricks from the Yarralumla Brickworks (here). Apart from serving 'refreshments' to the growing population of Canberra for 50 years it also became a social hub of the city.

In 1965, the Hotel Civic was the scene of a protest about the segregation of women in the hotel:

... a protest where a number of us (including the interviewee Helen Jarvis) chained ourselves to the bar in the Hotel Civic. Women weren't allowed to be served in the public bar -- that was the law in both NSW and the ACT. We had to use the saloon bar or the ladies' bar, where prices were higher, or to huddle out the back around the old kegs. They were also morose places, at least at the Civic, which was the only pub near the university. The public bar had all the spirit. We chained ourselves to the public bar. The bartender wouldn't serve us, but there were some sympathetic men who bought drinks for us. The newspapers trivialised it, of course: they wrote it up with the headline, “Women breast the bar”.

On a personal note, I had one of my first beers in the Civic Hotel in 1980 and it became the place on workdays that I called into for a counter-lunch and a few beers (as was the custom of the day). The hotel had also become a 'rough pub' with numerous disturbances requiring the action on Canberra Police. On an occasion I remember well the barmaid, a 'bottle blond' seasoned veteran of the bar trade as I recall was having trouble with a group of obnoxious patrons.

The police were called and upon arrival refused to enter the premises for the same fears that I had on getting out. After much swearing and cursing by the barmaid about the police being 'gutless' she proceeded to strike the offending groups rowdiest in the centre of his forehead, from behind the bar with a short length of 4" X 2" Timber. I was shocked... The rowdy patrons dispersed... True story. 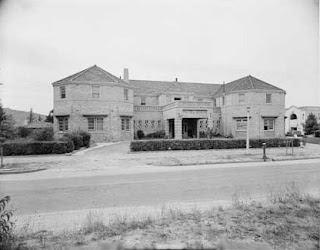 You can purchase the Pictorial History of Canberra from (here)