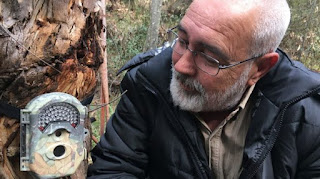 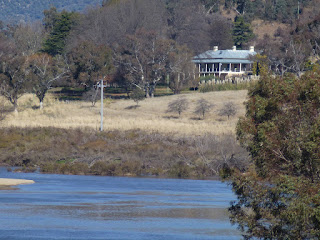 The story of the Bunyip Redivivus of Lambrigg near Point Hut Crossing Canberra. Reported 98 years ago in the Queanbeyan Age. The report details several sightings in the area including the junction of the Ginnindera Creek and the Murrumbidgee and upper and lower Queanbeyan River. The sighting at Lambrigg Homestead involved a reported capture.. I took some video to explain.. 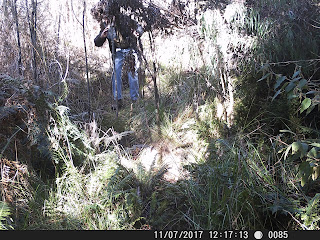 The results of a camera trap I put out at Billy Billy Creek in the Australian Capital Territory last Friday. I only left the camera up there for a few days as I'm planning another project where I will need the camera. This setting saw the wander of a single wombat at night and unfortunately another feral cat making it two invasive killers spotted in two weeks in two camera settings.. 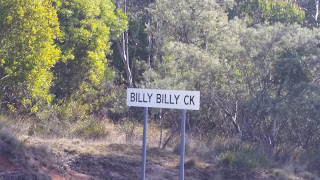 The area I am setting cameras and audio recorders is the new eastern section of Tidbinbilla. The area follows down the Gibraltar Creek until it starts meandering on the lowlands and rural leases. I have found this area to be particularly rich in native wildlife some areas being dense old growth but others showing remnant regrowth from human interaction in years past.

I'm also interested in the interaction of feral species with the ecosystem having filmed a feral cat and wild dog (dingo?) in the area in weeks gone past. The footage is being used in another project and will be uploaded once that is finalised. This little creek seems very active going by some well established undergrowth animal pathways. I'm not sure how long I will leave it there and I took a little video. 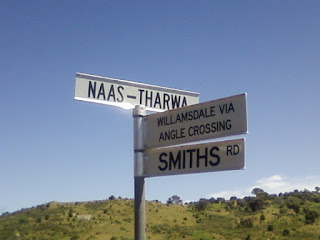 Tharwa is an interesting little village to Canberra's south with a long history pre-dating Federation. It is also the location of several sightings of the fabled hairy man known generally today as the Yowie. I have had an interest in local hairy man sightings for a long time and have written about the historical yarns in years gone past on this blog.
This report comes from Dean Harrison of the Yowie Hunters research group and involves the tale of a sighting between Tharwa and the Apollo Road Turnoff.. I was on a walk down that way today and took a few minutes video.. 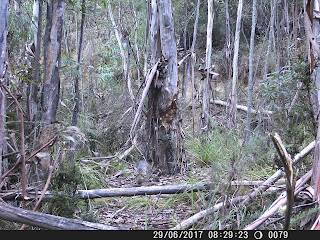 Final setting of a remote camera on Gibraltar Creek in the Australian Capital Territory. The camera was only out for 5 days and it was fortuitous arriving early to collect it as the batteries, having endured sub zero temperatures, were totally exhausted. There was not much native wildlife collected apart from a duo of wombats going for a stroll.

Disturbing to record however was a lone feral cat prowling past the camera. I had not collected the image of a cat in the area before. Unfortunately for the native wildlife a cat can kill up to a dozen native animals a day. They are a scourge on the ecosystem. I recorded some video..