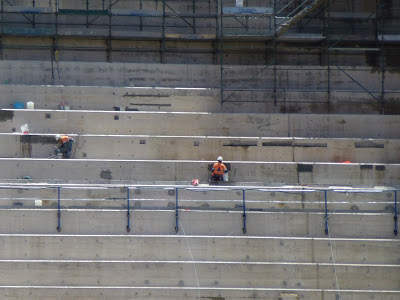 As the new Cotter Dam upgrade comes to an end it comes time to pack up the infrastructure used to construct the project. It is also a period for the leaving workers to contemplate their achievement. This is a the latest video from the construction series created by Canberra film maker Richard Snashall...

Published on 29 Jan 2013 - "Works continue onsite at the Cotter Dam enlargement. See the log boom prior to it's installation and hear updates from a few of our people at the site." 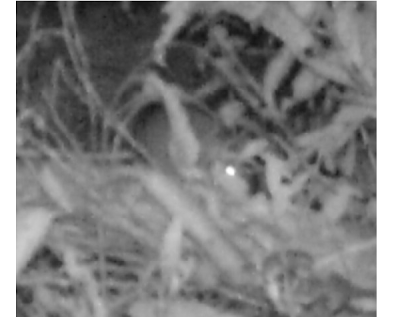 I have had time recently to go through a few of the thousands of photographs my trail cameras take over the weeks I leave them out there. I could be wrong of course, as I'm no expert, but I think I may have captured two images of a rare rodent near the upper Gibralter Creek, Corin Forest ACT.

The Smoky mouse is a vulnerable native species of rodent that hasn't had a reported sighting in the Brindabella Ranges since 1987. If it is one it would be encouraging. There are apparently only 2500 individuals left in the wild and these seem to be in decline. The same old, same old story is repeated. Feral cats and dogs are decimating them.

I have put the images captured on this short video including a loop off the animals movement across the fallen branch it was captured on...


Anyway I'll make some enquiries. I really don't think where I found it that it is a common rat. Its the description of

It is a grey-furred mouse, darker grey above and paler smoky grey below. Mice from the Grampians are larger and a darker more slate-grey above. It has a black eye-ring and dark grey muzzle. The feet are light pink, and the ears a grey-pink. The tail is longer than the mouse's body, and is pink with a brownish stripe along the top.

The department of the environment have an excellent page - Pseudomys fumeus — Konoom, Smoky Mouse here 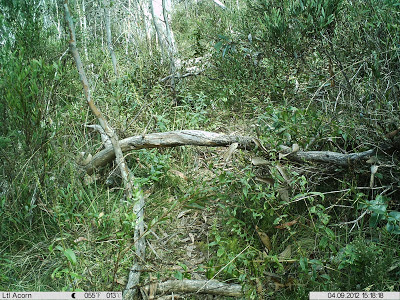 The images with the subject highlighted... 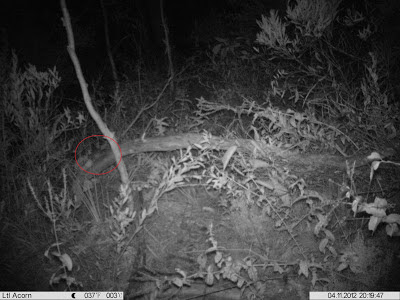 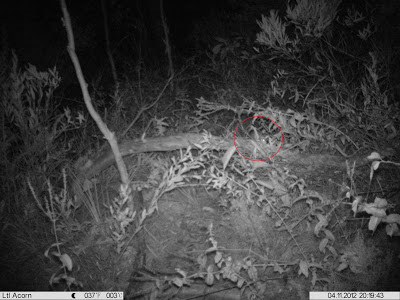 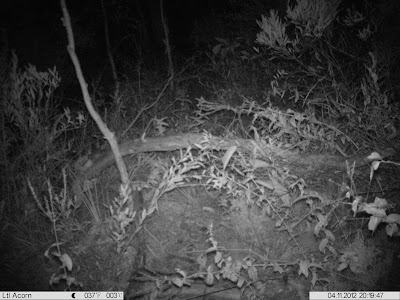 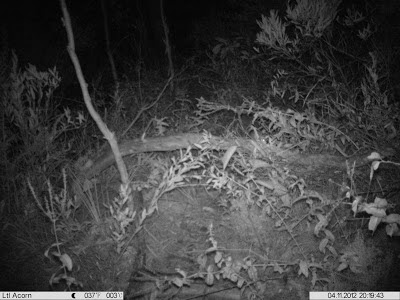 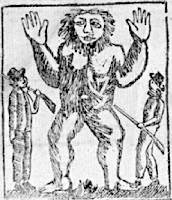 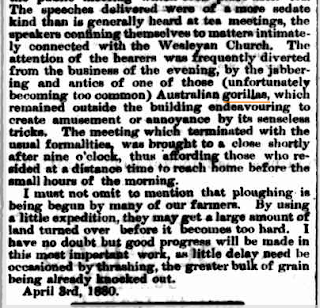 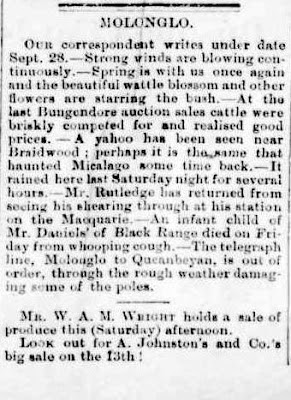 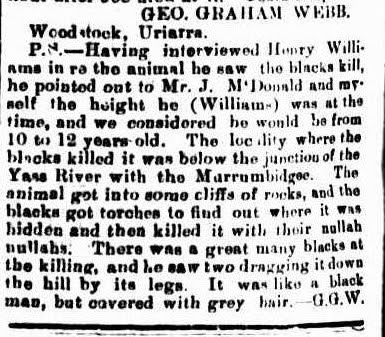 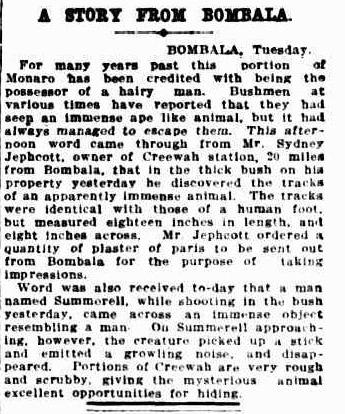 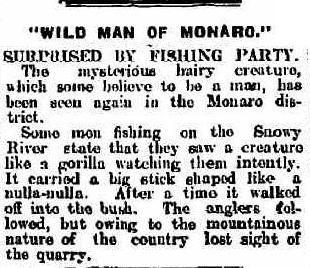 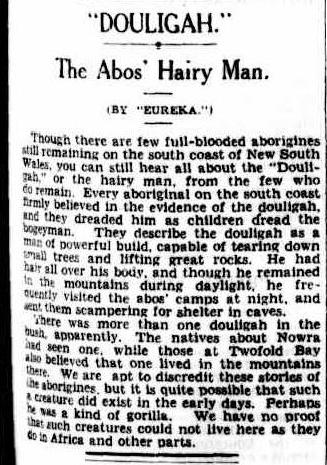 I was asked in a tweet for a recommendation of something to do with the kids this coming school holidays. People seemed to be scratching their heads as if there is nothing active to do in Tuggeranong.... 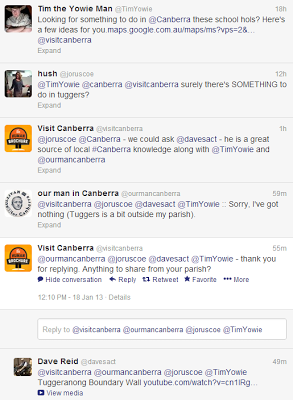 The first thing that sprung to mind, among others,  was the 19th century dry stone boundary wall that marked the border of the Tuggeranong and Yarralumla stations. The remnant of this wall hides between the Tuggeranong Town Centre and the Murrumbidgee River. I took some amateur video in August 2011.

There are 3 ways of viewing it 1) the walk down the beautiful Murrumbidgee River from Pine Island (north) which will meander down a track to the re-construction end near the river, or 2) The walk down from the Tuggeranong Lake dam wall, or for a quick peek... park at the Tuggeranong swimming pool, cross at the lights, near the Athlon drive road markers, and view the original section over the fence.

That's just one educational and cultural Canberra thing you can do with children in Tuggeranong...
- 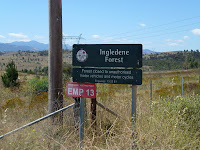 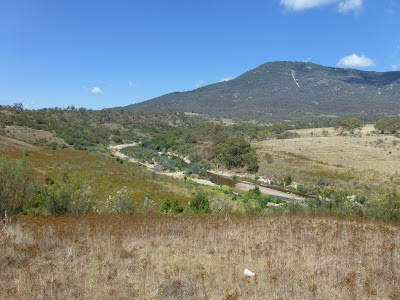 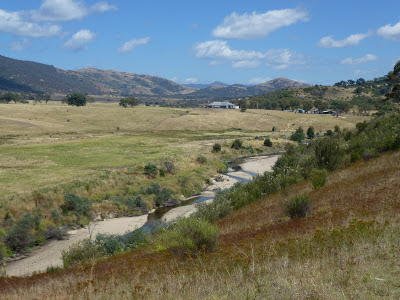 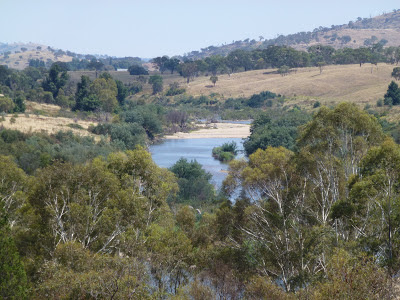 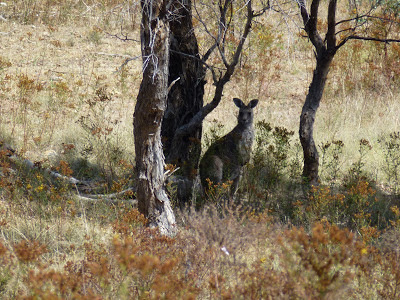 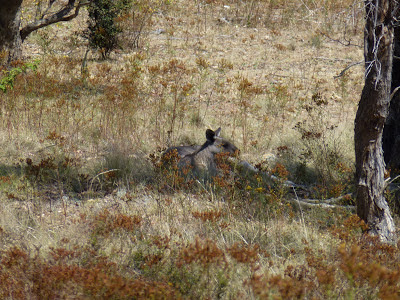 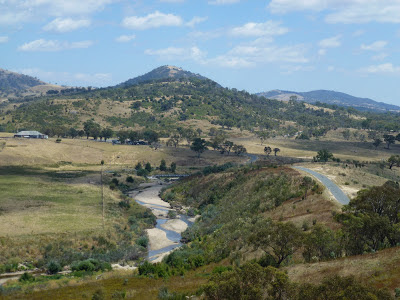 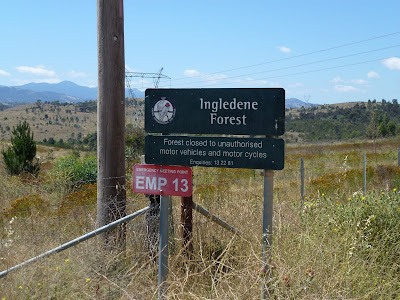 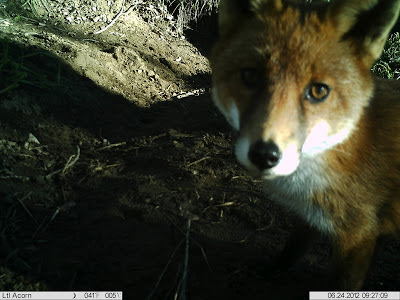 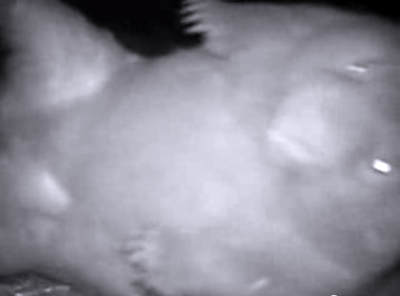 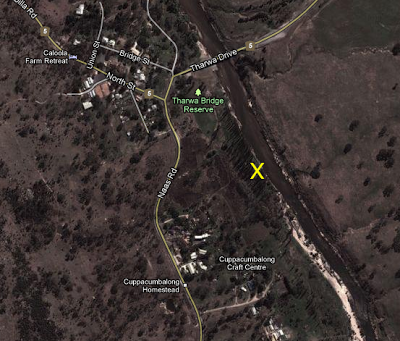 Onyong - Last of the wild Blacks 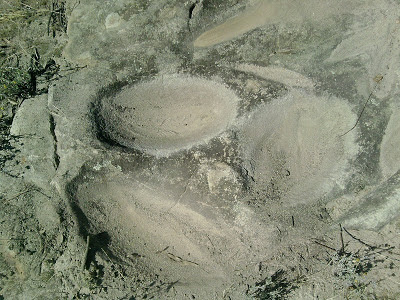 Just some research I did in 2010 on Onyong, a local Aboriginal historical figure. I put this video together for a follower on YouTube with limited internet access and thought I would share it for anyone who doesn't know about this important Canberra historical Identity.

The original article can be found here. 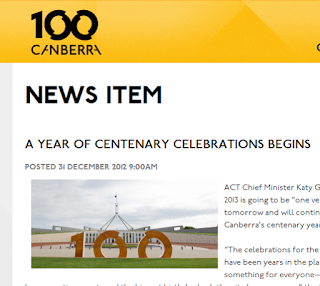