A walk to the Theodore Indigenous Grinding Grooves 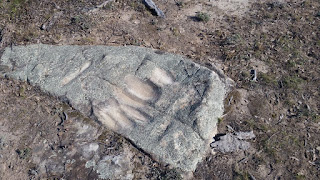 A walk today to have a look at the Aboriginal Grinding Grooves in Theodore, Tuggeranong, Australian Capital Territory. It has been several years since I had been there and I wondered about their condition co-existing with suburbia as they do. Interestingly on this trip I noted new informative signage installed a short way from the grooves. It is only a short walk from the Canberra Nature Reserve of Tuggeranong Hill entry on Christmas Street. You may have to clear out debris from the grooves but they are still perfect. 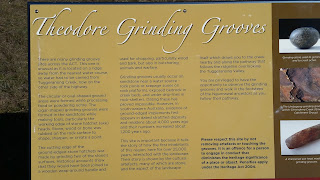 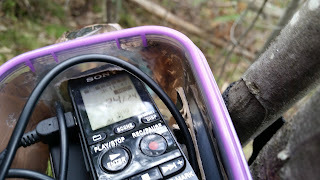 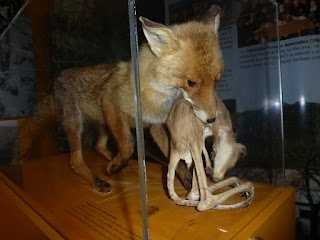 I plan to just shoot from the hip this post. Feral cats and foxes are a curse. As a young man I spent years whenever the opportunity arose to shoot any fox or feral cat I came across. During the 80’s in fact the town of Ariah Park in the Riverena had a fox skin competition with a tallyboard in the pub.
Foxes were shot nightly somewhere or other in the area during the winter months when the pelts were lushest. The locals used to pool the skin proceeds for a town social event and these funds, which could be substantial for the day when hundreds of foxes were shot and a skin with tail could fetch$42.
Year after year when I attended a few weekends each winter I thought to myself there has to be less than last year but that never seemed to be the case. And.. then came the anti-fur crusade. Fox skins for fashion were bad and the animal loving public somehow emotively agreed. Skin prices plummeted to an average of $4 and everyone seemed to stop shooting in earnest. The fox had bolted..
In 7 years of setting camera traps, apart from macropods, the most common animal I would capture is the feral red European fox. I have recorded from Shanahan’s Mountain in the south through to the Bullen Range. Every location has an overly viable fox population with each animal killing several native species per day. This realisation became particularly poignant to me recently as I entered the predator proof sanctuary at tidbinbilla.
I was lucky enough to have the sanctuary, it seemed, all to myself. I had only walked on the bush litter lined asphalt path a short way when I was startled by a gentle rustling of leaves near my feet. I looked down an there was a bandicoot,  at my feet, busily snuffling along through the litter looking for a feed, unafraid of me.
The fact that this animal lived in a predator free environment saw a natural interaction from what would have been a very easy prey if not so safely located. That Sanctuary is an island of wildlife that would live only a short time in the surrounding feral plagued environment. But that's not how it has to stay..
Fun facts.. Canberra used to have Bilbies  and a dozen other small native species. Koalas were recorded in the trees of the old Tuggeranong Schoolhouse. Brushtailed wallabies used to hop the rocky outcrops of Namadgi National Park. Quolls were so numerous they threatened families poultry.Why no more?. Apart from insatiable hunting practices in the past the reason these animals aren't ‘breeding like rabbits’ is the fault of predation by foxes and cats. Reintroduction to predator free environments is key.

I agree entirely withe Threatened Species Commissioner Gregory Andrews plan to remove 2 million feral cats from the environment.  I agree wholeheartedly because cats have currently established themselves in 98% of Australia's ecosystems to their detriment. Feral cats can kill 10 native species a night. An eradication of 2 million cats equates to saving 20 million native species a night.

As for foxes.. I am serious about their eradication by the lure of the holy dollar. The fashion industry needs to look at their role in conservation efforts in this country. A feral fox is not a baby harp seal. It is not a processed mink. Its a beautiful fur wrapped around the carcass of an insatiable invasive carnivore that is rapidly robbing Australia of its remaining native species. Make it popular to sport a fox fur coat in Canberra. Cover your car seats in fur. Make earmuffs, oil dipstick wipers.. the uses are endless. Put a value on the skin of an animal not suited to existing in this country. Create an industry.
- June 25, 2017 No comments: Links to this post

Checking out a scarred tree on Isabella Drive 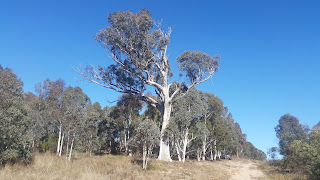 I know of probably 20 or so authentic Aboriginal scarred trees dotted around the landscape of suburban Canberra. I have posted a few times on this blog about them. Most I discovered the location by researching trees already documented by others but some from simply 'seeing' them on my wanders.

I had driven up Isabella Drive probably thousands of times over the past 30 years but for some reason this tree caught my eye from the roadway. It is not what I suspected and I took some video..

From the signage at Tidbinbilla Nature Reserve. A brief description of the importance of the area to Australia’s First People. A beautiful and rugged area with many sites of Indigenous significance. Well worth a visit.. 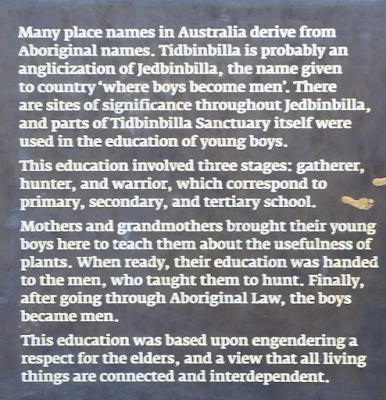 Found by my son whilst hiking in the Brindabellas was this small skull. What I thought was interesting was the remaining canine evident. At first I thought it may be some type of carnivorous marsupial so I posted the photos on the Victorian Field Naturalists Group on facebook and was reliably informed that the skull belonged to Trichosurus vulpecula, or the Common Brushtail Possum.

Apparently it is common to assume the skull was from a Carnivore because of the canines but alas nothing endangered or vulnerable. An interesting find anyway. 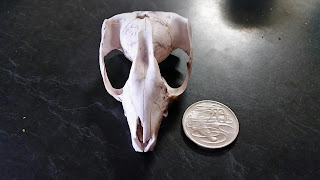 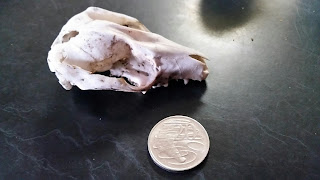 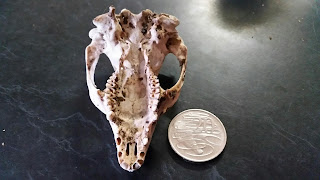 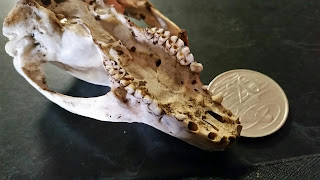