In 2013, whilst hunting winter lyrebird song recordings, I managed to capture what I thought at the time to be 'out of place' noises for the location and times of the night they were recorded.

This will be a little more complex post than usual and I urge you to watch the videos I present, using headphones with mine if possible, and with Russell's video see an explanation of the two charts that were compiled by him from the compared data of his research into bipedal walking sound analysis.

The following two videos are the recordings I captured, firstly in 2013 and secondly in December of 2018.

The 2013 gap recordings were taken over two sessions of several days and I acknowledge now, six years later, that some of the recordings may indeed be native fauna e.g. wallabies as I think I can discern the sound of grass eating inbetween movements. There should however be no sounds of people in the location in the dark.

These are the recent he recent gap recordings. Not as dramatic as the original recordings but with definite, at least I believe, bipedal walking accompanied by dramatic tree breaking. I sent these recordings down to a friend who I would personally describe as an expert on wildlife sound recording. He has done extensive work on analysing this type of recording.

For full information on Russell's "therusty222" research visit his website at.. 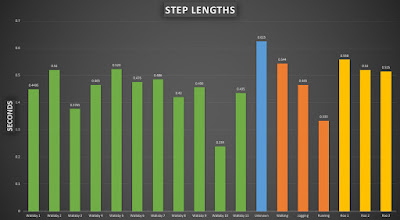 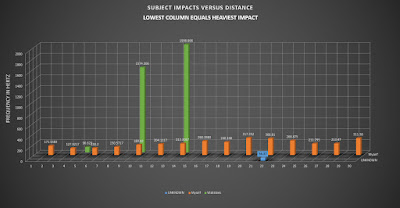 For an explanation of Russell's method he recently uploaded a video which is quite descriptive and I highly recommended..

So.. Are there 7 foot tall 140 kg wild men lurking at Devil's Gap? It's always made me wonder how the area got the name. 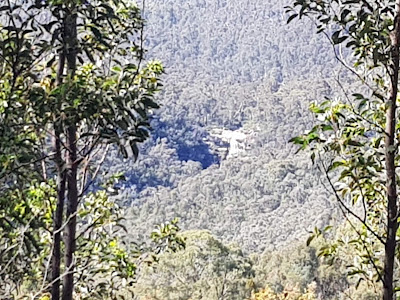 As promised, the results of the camera I put out near Gibraltar Creek two weeks ago.

I had collected am image of a very healthy tabby feral cat at the location and was basicly interested in learning about any population of them there. I don't aim to persue it any further after satisfying my curiosity with the capture of a cat ear shown in the video.

Its a very active area for wildlife with captures of several wallabies, a lyrebird, and a photogenic wombat who all visited the field of view recently..

I took some video tosay while I picked up the camera and tacked the results on the end. 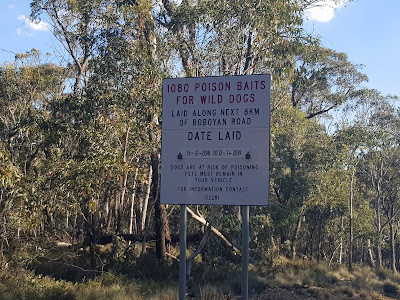 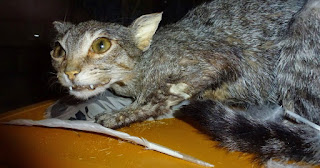 Picture of the taxidermy at Tidbinbilla.

Spent an hour setting up a single remote camera this morning at a location I have visited several times over the years. It is a small gully seldom visited at the end of a disused old forestry trail on a tributary of the Gibraltar Creek.

In the past I have collected images and video of the usual native fauna and the small gully flat seems to be a natural pathway from the Gibraltar Creek to higher ground. The area is cooler than the higher ground and feels a bit 'jurassic' in contrast to the surrounding dense bush.

Of particular interest to me are the population of feral cats in the area. The following photo is the image captured of a tabby feral cat at this location. I'd like to see how active they are there now. 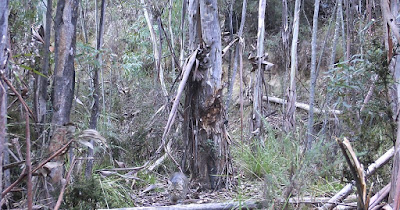 I took some video of the setup.. 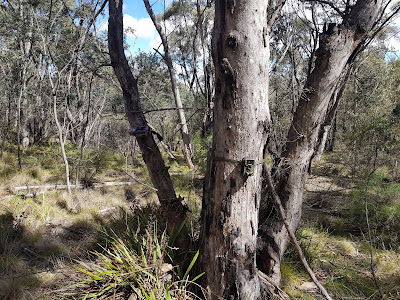