The Canberra bushfires of 2003 roared through the Brindabella Mountains and caused severe damage to the outskirts of Canberra. Almost 70% of the Australian Capital Territory’s pasture, forests (pine plantations) and nature parks were severely damaged.

Fires had been burning in the adjoining Brindabella and Namadgi National Parks to the west of the Territory (ACT) since 8 January when lightning strikes had started 160 fires. Apart from the damage and loss of life to populated areas we also lost numerous historical huts in the "high country" of the ACT. (info here)

RENDEZVOUS CREEK HUT (info)
The hut was built in 1950 by Stan Cregan for Rowley Gregory for grazing, after Rowley had aquired the 2000 acre Gudgenby property. His family had a long association with the region.

TENNENT HOMESTEAD (info)
About three kms to the west of the Namadgi Visitors Centre. There were five buildings at the site, the first being built in the early 1890s.

READS HUT (info)
This area of Bushfold was originally selected by the McMahons but later came part of Booroomba Station until it was sold to Russell Read. The first hut was built here in 1955 by Russell Read.

CONDOR CREEK HUT(info)
Located in the ACT Forest opposite the turnoff to Blue Range Hut on Bridabella Road.

SLALOM HUT (info)
Slalom Hut was built by the Canberra Alpine Club (about 1955?)

LEES CAMP HUT (info)
A popular spot for Canberra Visitors, on the border of Namadgi NP.

FRANKLIN CHALET (info)
Near the summit of Mt Franklin, and just off the road from Piccadilly Circus to Mt Ginini. It was built in the summer of 1937-38 for the Canberra Alpine Club and it was the oldest ski club on mainland Australia.

Canberra people erected a memorial to the bushfires. 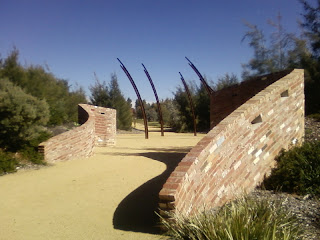 A view from the entrance. The memorial is extensive. 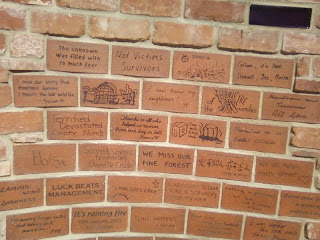 Walls of remembrance made from bricks from burnt houses. 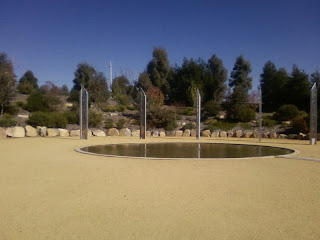 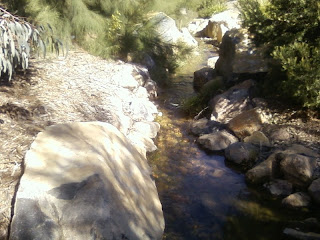 Creek on path back...