During the mid 1920's Canberra needed to house more families working on the construction of the new Federal Capital. A settlement of 120 wooden cottages were built for workers near a causeway that was used to carry trains across the nearby Molonglo River. 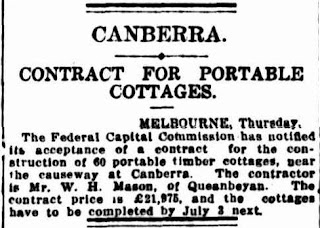 Note: The railway causeway itself was operational from 1917 until 1922, when it was washed away by a flooded Molonglo.

On the 20th September 1928 this new residential area of Canberra was gazetted as 'The Causeway'.  HM Rolland, the designer of the cottages also designed the cottages at Westlake and Acton. The cottages were based on the same style as the earlier camp at 'Westlake' (post here) and were of a wooden construction. The buildings were described simply as 'portable timber cottages'.

The young City of Canberra at this time still had no purpose built venue for community gatherings or entertainment. In 1926 with voluntary labour and materials supplied by the Federal Capital Commission the first purpose built community hall was erected at the Causeway. Over the years the Causeway Hall was used as a picture theatre and dance hall. Concerts and boxing matches were held there and local entertainers performed for the whole of Canberra for several years, then for the residents of the Causeway and later the nearby new suburb of Kingston (here). 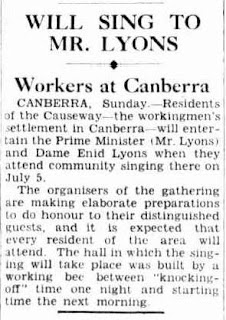 The Causeway Hall has the classic features of a turn of the century Australian hall. It has an entrance vestibule, high windows, ticket room, and a staircase leading to a projection room. The hall was (and remains) a venue for many early Canberran community activities and is the last substantial building dating from the original 1920’s Causeway settlement.

The development of the 'Kingston Foreshores' (here) that is currently underway on the foreshores of Lake Burley Griffin is introducing many multi-level apartment buildings and units to the Causeway's landscape. A landscape that has become very desirable and valuable. The development will soon engulf the Causeway... 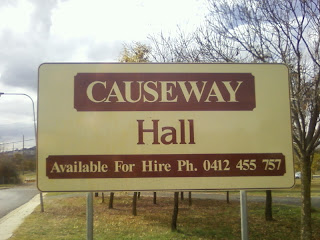 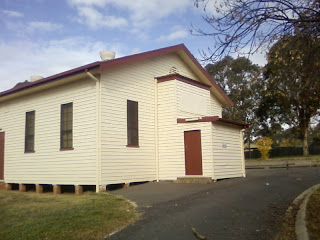 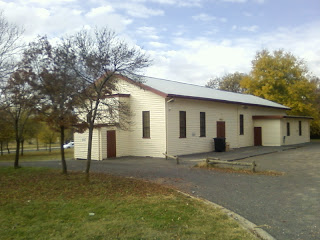 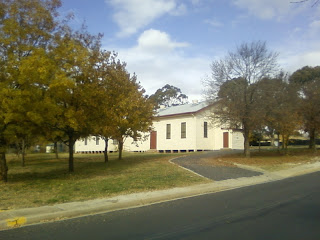