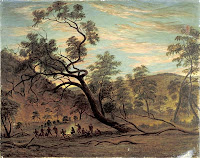 I am not trying to be derogatory when referencing the term 'Black' in these articles just historically accurate. These clippings are representative of 20th century attitudes that I think we need a reminder of sometimes. The Aboriginal people being discussed in this clipping however are of course the Ngambri and I find it interesting that at the start of the article Bluett notes:

"The old people call it (Canberra) Canbrey, with the accent on the 'Can'. When writing of their early days they spell it 'Canbrey' or 'Canbury.' Undoubtedly the name is Aboriginal for the local settlers knew the local blacks as the Kamberry tribe."

A little difficult at times because of the quality of the images but still a fascinating read... 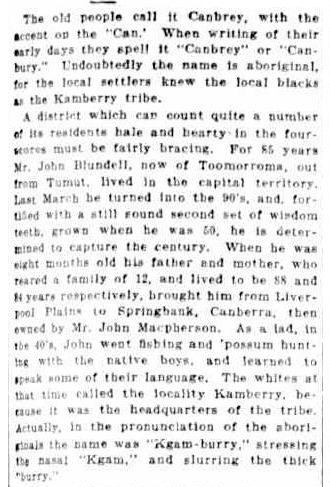 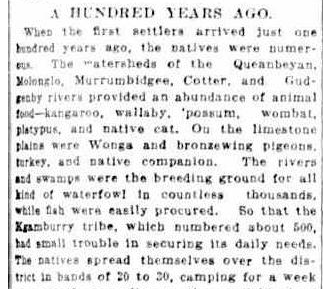 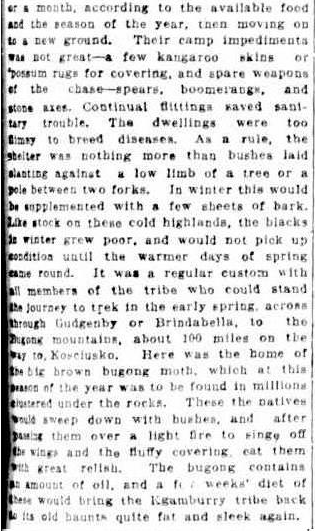 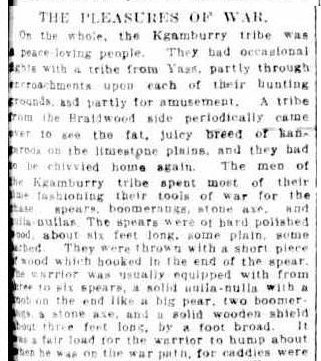 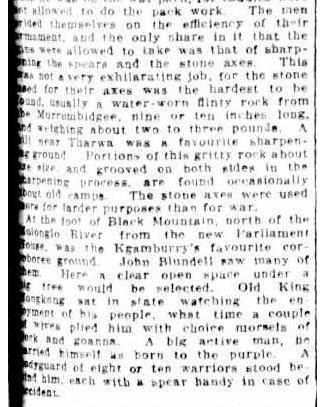 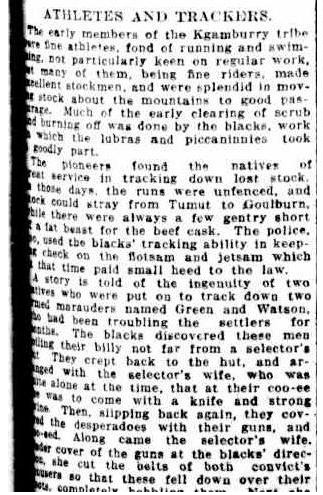 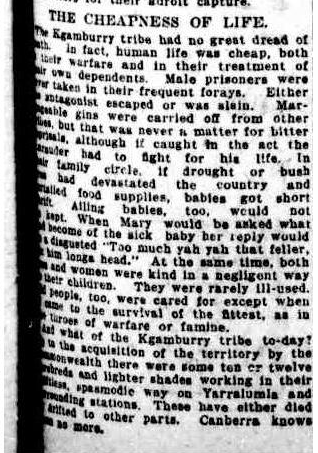