VIEW FROM ATOP MOUNT TAYLOR - VIDEO 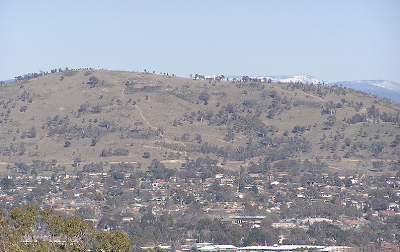 I grew up in Pearce in the 60's and 70's so Mount Taylor has a special place in my memories. If your up to a bit of a climb the reward is an astonishing view. The  mountain, which divides the Woden and Tuggeranong Valleys, was named after a pioneer named James Taylor who I have heard described as both a respectable squatter with assigned convicts and in other reports as a Bushranger wanted by the law. Perhaps he was both? On the eastern slope is an Aboriginal scarred tree.

A video of a recent ramble by John Evans to the summit of Mount Taylor in Canberra's south. I urge anyone interested in bush walking in the Australian Capital Territory to check out John's comprehensive blog Johnny Boy's Walkabout Blog and for more videos his YouTube channel.