I read a thread on a local forum suggesting that it was a ridiculous idea it being possible to ever snow in Canberra. Simply not the case. I can remember it snowing several times and I don't think I have travelled the Brindabella Road without driving through at least ice sleet at some stage during winter. In Canberra itself it is a fairly rare event but it does snow occasionally.

Anyway... a collection of news clippings spanning 30 years with reports of snow in Canberra and crossing the Brindabella Ranges with the first claiming the heaviest falls for Canberra in 42 years. I make that 1887... 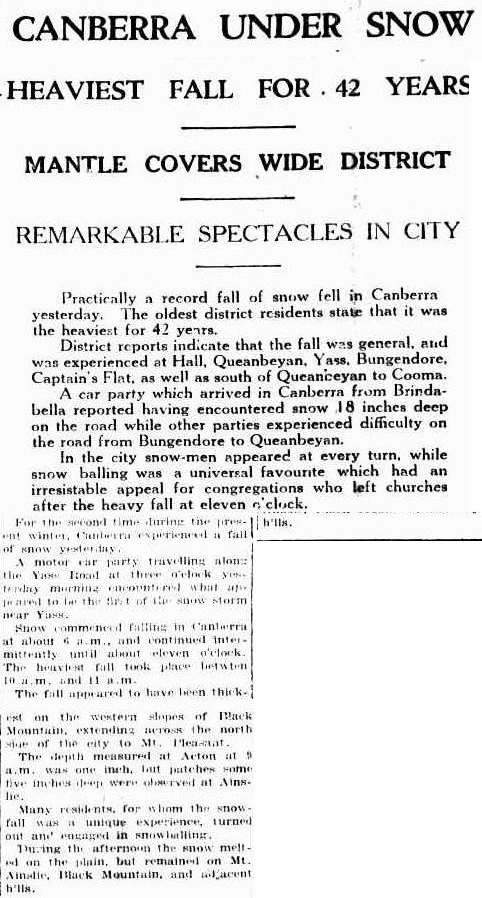 National Library of Australia
As for that drive over the Brindabella Road the heaviest falls since the turn of the century...
The Canberra Times - Friday 16 August 1929

National Library of Australia
An earlier tale of travelling the road in the snow. At least I do it in the comfort of a 4wd...
Queanbeyan Age and Queanbeyan Observer - Friday 22 August 1919 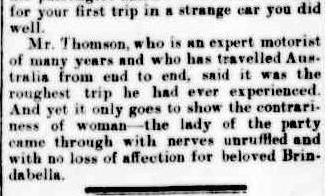 National Library of Australia
And if not Canberra in 1941 at least Mount Ainslie... 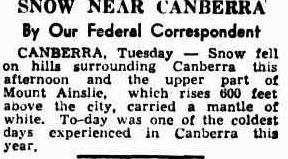 National Library of Australia
Ten years later still seems to be snowing even if lightly...

National Library of Australia
So if it does snow don't be all that surprised perhaps.

And best quote of the day... "Ald. 'Tom' says it was as tough a bit of work as he has done since he tried to auction a line of prayer books to a crowd of rabbiters."