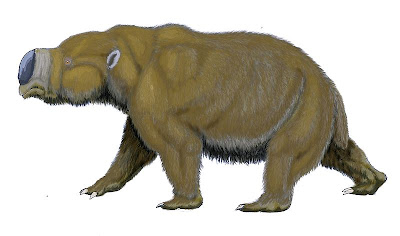 This post is a continuation of Prehistoric marsupial traces at Canberra, a series of clippings reporting an archaeological discovery of a Diprotodon in Canberra. This clipping supplies some additional information on the tooth unearthed on the site of the original Institute of Anatomy building on the edge of Black Mountain. (ANU).

It is interesting that mention was made that a skeleton might be found in the locality which would make sense to me if evidence had previously been found that 'giant wombats' once roamed the hills of Canberra. Other evidence must surely lie hidden one would think... 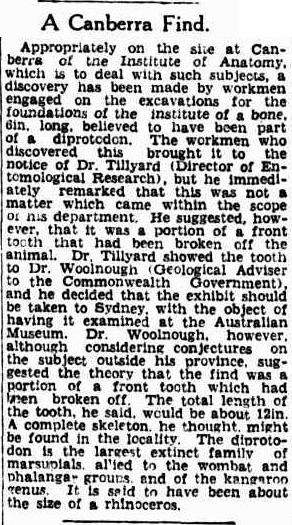