A local news forum, The-Riotact and the ABC lets us know of this recent sighting of a rare Eastern Pygmy Possum at a camping ground in Namadgi National Park. The female animal found at the Orroral camp ground is apparently only the 6th to be sighted in Namadgi with the last sighting being in 1998 in the same area.

Listed as a vulnerable species here it is good to know the ACT wilderness can still support this rare local species and so close to the camping ground. Unfortunately other tales have told of the demise of the spotted Quoll and Rock wallaby with the later having been already dispatched locally to history.

Luckily Namagi is a National Park and as such these animals are already afforded every protection. Left unmolested by feral foxes, cats and dogs (and us) I would hope these lovely creatures continue to exist. 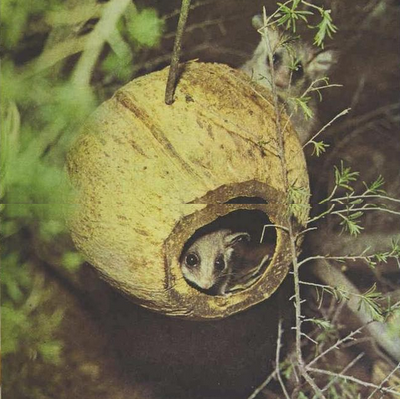 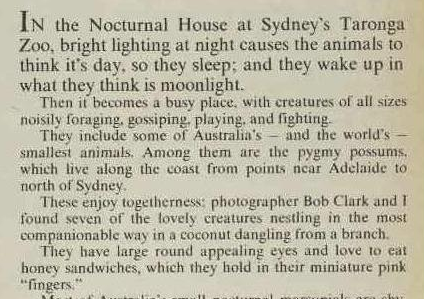 National Library of Australia
The highlighting of the vulnerability of another member of the Pygmy Possum family, the Mountain Pygmy possum, in areas accessed by the public in the 1980's ensured protection. This portion of an AWW nature article describes the Pygmy possum family well I think... 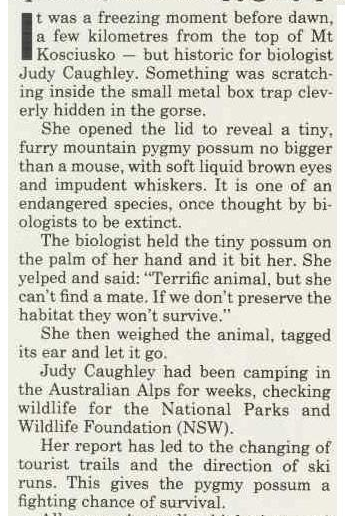