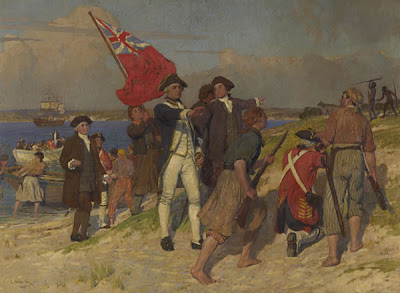 In 1770 it was a British flag impaled on the beach that symbolized the Aboriginal people's subjugation. In 1788 the first fleet hoisted the British flag and from that day enforced that subjugation which endures today. Aboriginal People have been, historically and in reality, at the mercy of the British Crown and remain so as angry and unsatisfied Australians today. Even the union jack in the corner of our national flag stands testament as a constant reminder of the European invasion.
I think it is time we took the progressive (and logical) step of becoming an independent nation and begin with recognizing the original owners of this continent in a modern Constitution formulated with an Australian Head of State. I come back to unity... select Australia's Independence day as a symbol of unity and reconciliation for all the people of Australia. That would make an Australia Day.
If your interested in the going on's of the Australian Republican Movement -
ARM Website - ARM Facebook - ARM Twitter
Share -
- January 26, 2011