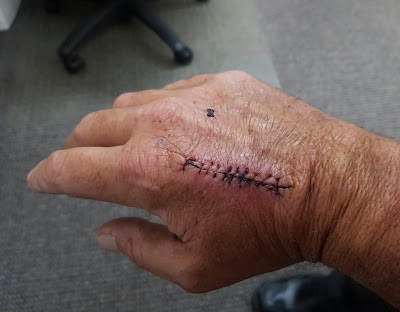 Get unusual spots on your skin checked early folks. Especially any Australian readers who, like me, spent most of their early life basking in the Aussie sun. The above photo was taken 7 days after surgery and was the first time I saw it.
- November 25, 2019 No comments: