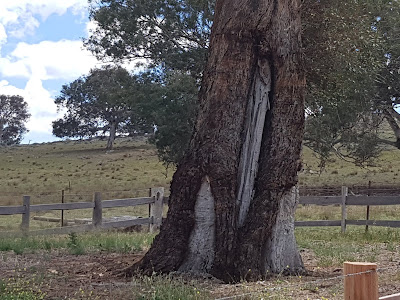 A trip today with Vlad to inspect the Indigenous Scar Trees at Lanyon Homestead. Lanyon is an 1830's convict established Property originally owned by the early settler James Wright.

There are quite a few documented stories about Wright's interaction with the original People. These old, old trees are a tangible reminder of their heritage.

I took some video... 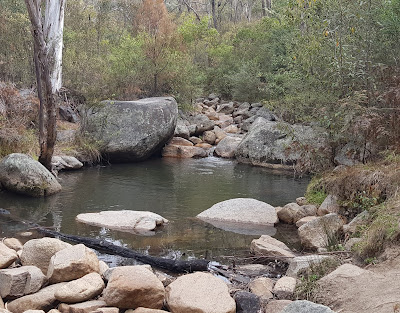 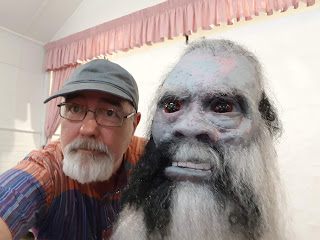 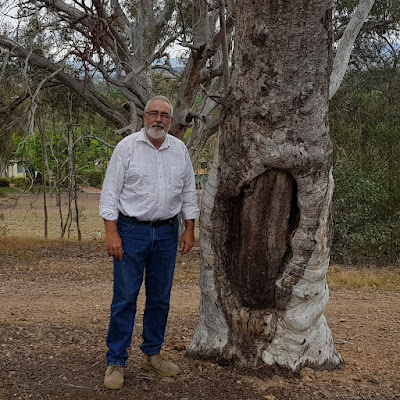 Another trip this morning to try and relocate several Aboriginal Scarred Trees on Stirling Ridge in Yarralumla. Apart from last week where I found one tree I haven't been there since 2012 so armed with my short memory and Vlad Mastara we started searching.


We managed to locate/relocate 3 trees distinctive because of their obvious age and after a fair bit of circling around possible trees are pretty confident that the trees pictured below are authentic.


The trees and their scars are very old. The deadwood 'face' of the scars are showing the destructive signs of weathering with one find now totally eaten through by termites. The others remain. 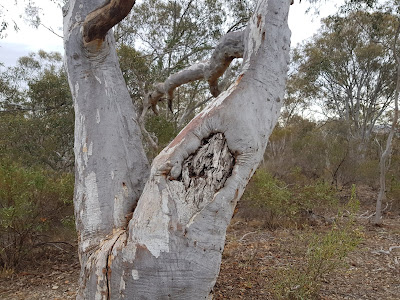 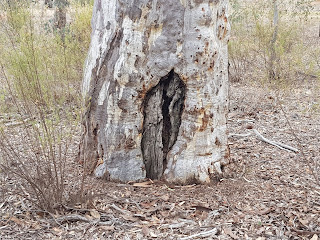 From memory there are more up there.. another day. 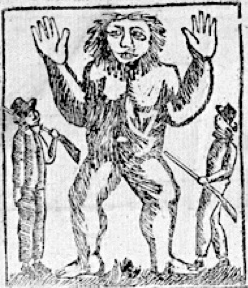 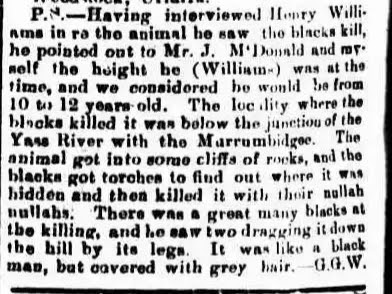 I recently wrote a short article for an Australian online newsletter called the Yowie Times about some recordings I captured in 2013 whilst trying to record Lyrebird song in june 2013. This is what I wrote with the video links embedded..

"In 2013 I spent some time trying to capture the sound of a Lyrebird mating display at a geological gap in the mountains that leads from the Gibraltar State forest to the expanses of Tidbinbilla, a place known as Devil's Gap.

I had wondered why the original 1880s settlers named the passageway that and it piqued my interest as to what other recordings I may capture in my efforts. Not only did I collect a superb lyrebird recording, which was consequently aired on ABC666 radio in Canberra, I also captured what appeared to be a series of bipedal running back and forth past the recorder, or at least that is how I hear the recordings.. you may be different.

This was the video I luckily made of the recordings 5 years ago when I got them as I have lost nearly all my recordings with the passage of time..

The area is now gated from public vehicles and its a bit of an uphill slog from there to reach the gap proper. There are only two approaches to the elevated area, one via Tidbinbilla and the other via Corin Road near Woods Reserve, with towering mountains on either side covered in dense old growth bushland.

I suspect the quality of the habitat for the legendary yowie has improved greatly these past years with the limiting of public access. I have since been back, camping two nights, a fortnight apart, at the small campground located near the gated entrance road.

Both nights saw a great display of nocturnal dwellers but none of the type that may have made those noises. Really I need to get up to the Gap area to be properly situated to collect any decent recordings.

In fact the editor of the Yowie Times has offered to drive down from Sydney for the day and make sure I don't have a coronary on the journey.

I have even signed up for a conference next weekend near Coffs Harbour where an alleged yowie photograph will be released to the public. Stay tuned..

And if your interested in the lyrebird recording that was played on ABC radio here is 13 minutes of a Canberra Lyrebird."

If you are interested in subscribing to the Yowie Times you can drop Dan an email at australianyowie@gmail.com
- November 03, 2018 1 comment: