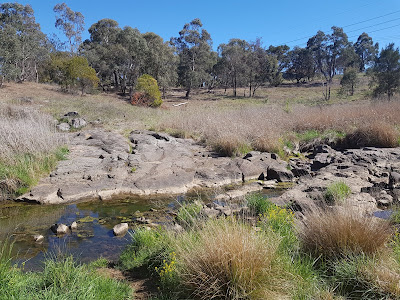 A trip this morning to meet up with Vlad who is researching South Coast and Canberra region Indigenous remnant artifacts that luckily remain dotted around the suburban countryside. Today we met up on the banks of Ginninderra Creek in the Canberra suburb of Latham armed with, what turned out to be, a vauge map to the location of 18 documented Indigenous grinding grooves. 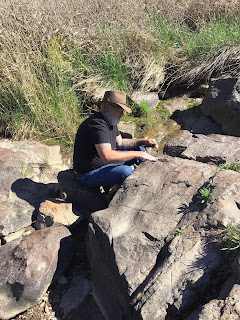 The stone is decribed as Volcanic tuff which I am told is very hard which explained why the original survey indicated they were shallow. We managed to locate only two grooves out of the marked eighteen.

It is possible the remaining grooves are overgrown as the creek edge foliage was lush and covering up to the waters edge. The locations indicated several groups of two grooves, two groups of 3 and one group of seven grooves.

I took some video of the two grooves we found.. 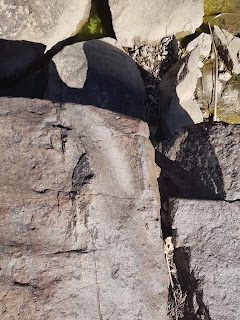 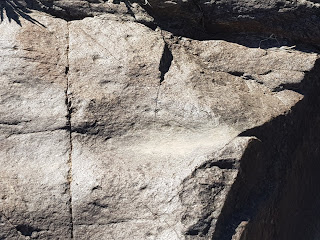