What is lurking in the Brindabellas?

Tim the Yowie Man recently stirred my memory to a video I captured in Namadgi in 2012. 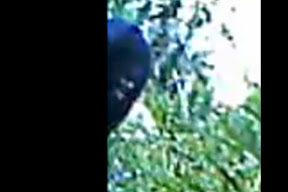 Tim found a series of footprints in fresh snow in a locked off area of Namadgi recently which left him wondering about their origin.

All I can say to you Tim is sometimes when you think your alone in the bush you may not be. Or is this the owner of your footprints?

"First posted this video on another channel some time ago (2012). I want to include it here. I have often pondered this short clip. Probably viewed it thousands of times. I have also wished the quality was better, that I had set the video time longer and that the late afternoon sun was better. It is what it is.

As a backstory I arrived late afternoon on foot after a 1 km walk. I knew where I was going to hang the camera so literally arrived and spent two minutes securing the camera to a tree overlooking a well used animal track, turning it on and leaving.

I returned two weeks later, picked up the camera and discovered a 'head' leaning into frame in the video of me leaving. I have had many opinions offered over time from, person in balaclava, pig hunter to yowie. All I can say is I was confident I was alone, it was not me returning and it haunted me for a while."


It doesn't worry me any more but I must admit to being more wary on my wanderings. Don't panic Canberra. I'm not saying we have a plague of yowies but something to ponder next time your bushwalking...
- August 21, 2014