A bridge for Point Hut crossing.

Just a date for the building of the bridge over the Point Hut low level crossing in Southern Canberra. 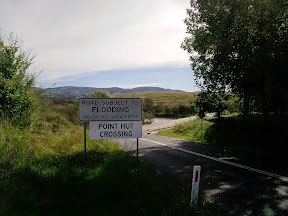 This crossing over the Murrumbidgee links southern Tuggeranong with the western side of the river saving the longer journey to the south via the Tharwa bridge. 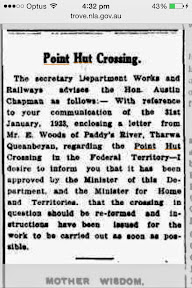 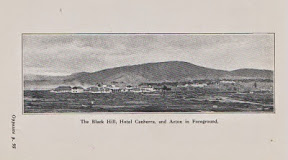 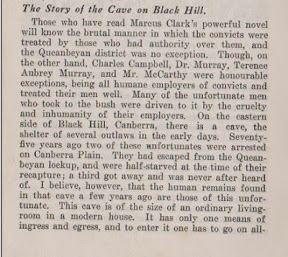 Posted about this at the beginning of last year so for new readers... A friend of mine, Dave Wheeler, researches the story. I will pass on any information, story, even rumour through to him that any one may relate.
DAVE'S ACT http://davesact.com
- July 16, 2014 No comments: 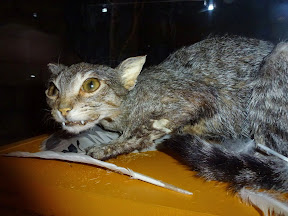 An interesting article reporting the prospect of a national eradication program for the feral cat using 'curiosity' baits.

My understanding is the small sausage shaped baits contain lethal pellets unlikely to be consumed by other wildlife though the impact on marsupial carnivores seems undecided.

I'm all for doing something about feral cats. It's an interesting report via the Sydney Morning Herald

Poem in the Coree cairn

The story of a poem in a bottle. 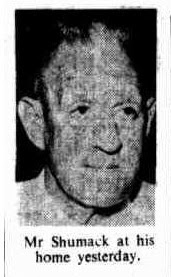 Interesting tale of a poem hidden under a survey cairn atop Mount Coree on the ACT western ranges.

Message in a bottle from a time when Canberra was young... 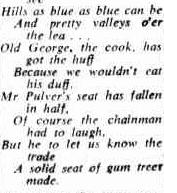 The reintroduction of Quolls. 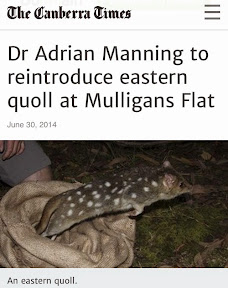 An article from the Canberra Times reporting the release of Eastern quolls into the enclosed reserve of a Mulligans Flat Sanctuary in Northern Canberra. The Canberra area is already home to the rare tiger quoll. In fact there was a road kill last year in suburban Tuggeranong.

For the full story I recommend reading the article...