After so much effort for so many decades trying to eradicate dingos it's interesting to hear of talk here about reintroducing the once common native dog to help the ecosystem.

I had read of research that suggested (from a dog proof fence study) that areas with dingos had more surviving small species and less feral cats whilst the controlled side of the fence was the opposite. It's obvious on one level that the reductions of cats in on the dingo 'side' can only be a help for small ground dwelling, often endangered species. 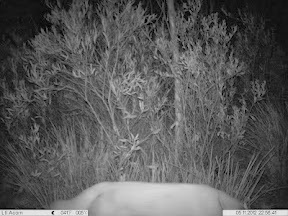 "Rather than impose his view on dingoes controlling kangaroos, Canberra author Roland Breckwoldt will pose questions next month on who should take responsibility for endangered native species... "

The Canberra Times. Challenge for conservationists.