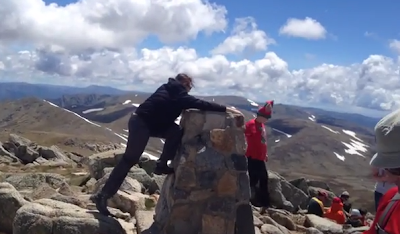 Ever wondered what it looks like at the top of Kosciusko. From the top of Australia's highest mountain. John Evan's and his merry band of bushwalkers give us a 360 degree view from the summit. For any information on bushwalking in Canberra, the ACT region and beyond I highly recommend a visit to John's website Johnny boy's walkabout. 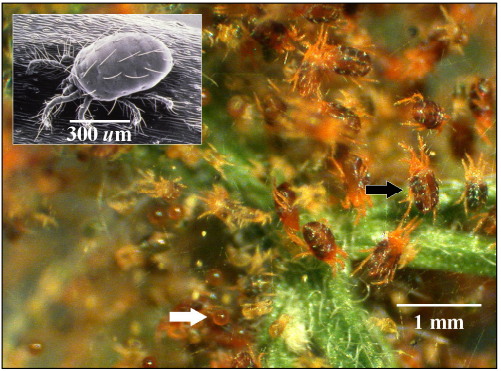 I was only noting the abundance of St John's wort flowering around here recently and pondered the difficulties of control. I suspect manual spraying is their principle form of attack. I found this recent ACT Government project interesting. The biological control of another weed of significance in Canberra, a weed called Gorse...
TAMS media release -
Released 12/12/2013 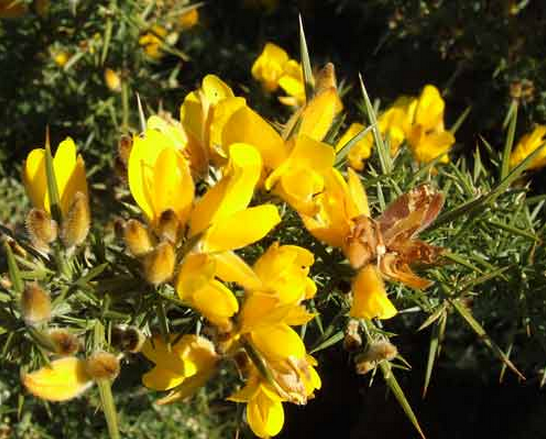 "They might be too small to see but Gorse spider mite plays an important role in the battle to control environmental weeds in the ACT.
The miniscule eight-legged creatures feed exclusively on Gorse, a plant native to western Europe, now listed as a weed of national significance in Australia due to its invasive nature.
"The mites have been introduced to a site at Bruce, where they will hopefully eat through a significant amount of Gorse and establish a colony population so they can be used in other sites," Steve Taylor, Senior Weed Management Officer, ACT Parks and Conservation Service, said.
"Gorse invades bushland, threatening the survival of native plant species, and provides shelter for other pests, such as rabbits and foxes. In the ACT, Gorse infestations are localised and cover small areas, as it has been controlled with a rigorous herbicide program.
"While a lot of the work in controlling this pest species is done with selective herbicides and mechanical removal, the mite is used to further weaken the plant. There are a number of sites across the ACT where mites have been introduced to control weeds, including Scotch Broom mite, which was released earlier this year in Williamsdale. The plan is to establish about half a dozen other sites for Gorse spider mite in the ACT.
"Importantly the mites do not feed on any other plants. Bio-control agents, such as Gorse spider mites, are only released from quarantine after rigorous testing over a number of years to ensure they do not affect other species. It was provided to the ACT free-of-charge as part of a partnership with the CSIRO and Victorian Department of Environment and Primary Industries."
The biological control of weeds, such as the introduction of Gorse spider mite, has been used in the ACT to help control a range of other weeds including Paterson's Curse, St John's Wort and Blackberry. It is just one part of the ACT Government's integrated approach to managing invasive and environmental weeds.
For more information on weed control work in the ACT visit www.tams.act.gov.au or call Canberra Connect on 13 22 81."
- Statement ends -
For more information on the biological control of gorse - Tasmanian Institute of Agricultural Research - http://www.weeds.org.au/WoNS/gorse/docs/Pamphlet_6_GSM_APR08.pdf
-
- December 14, 2013 No comments: 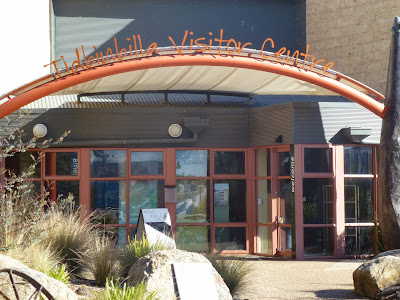 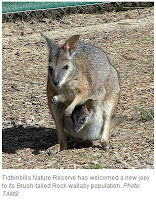 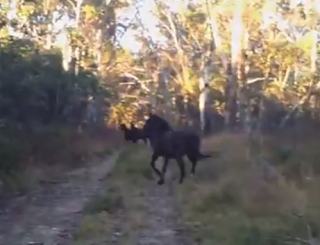 One of my favourite local youtubers. Nate Brindabella shows us a wild stallion in Kosciusko.