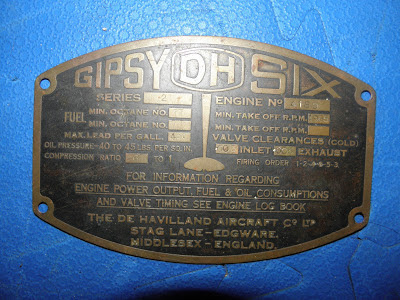 In regard to this yarn, should a viewer wish to read the original story I did on this site regarding how my deceased maternal uncle came into possession of an engine plate from a crashed plane on the slopes of Mt Ainslie, as shown above. As I could find no details of the crash I called for the help of others, and with the efforts of David Ellery of the Canberra Times for whom I am very grateful, the mystery was solved.

David did two excellent articles on the crash in Gang Gang. One told the initial story and the other gave details of the mystery after he was able to solve it with the assistance of the research of Mr Bob Piper. I am  also extremely grateful to Bob for his efforts. Bob is an aviation historian. He was an RAAF Historical Officer for 15 years and is also a pilot and journalist. See the link to David Ellery's last online Canberra Times article.

The crash occurred on the 15/6/42 and the plane was an RAAF Tugan (or Wackett) Gannet no A 14-5, which at the time was being operated by No 2 Aerial Ambulance Unit (2 AAU). It crashed a kilometre short of the Canberra aerodrome on take off on what was reported to be Mt Russell, which was regarded then and now as the slopes of Mt Ainslie.

Bob Piper was initially unaware of the incident but with dogged determination and the knowledge he had accumulated over the years he was able to link it to other information he had collected and eventually got the details of what occurred.

Bob also supplied a copy of a telegram which indicates the only crew member with a local address was Reginald Charles Kupsch, service number  4369 who lived at 32 Alice Street Queanbeyan with his wife Agnes. The National Archives military records say he was born on the 25/4/1912 and that he was born in Regent, Victoria and enlisted at Laverton, Victoria. I wonder if Reg and Agnes have any relo's in Canberra or Queanbeyan today or if any old Queanbeyanites can remember them.

Reg would be 101 if he still has a pulse, which means he is unlikely to be playing 1st grade rugby league for the Queanbeyan Kangaroos or the Queanbeyan Blues.The only people with the surname of Kupsch in the Canberra phone book live in Fisher and they are not related. If anyone can assist please contact me by clicking on the contact button above.

Update-Since writing the last two paragraphs I have found records which indicate that Reg was buried at the Kyabram Cemetery, Victoria in 2003, aged 83, and Agnes was buried with him in 2007 aged 92. If those dates are correct it would mean Reg was born in 1920 and the document suggesting he was born in 1912 is incorrect. I will continue my search for his relo's.

Further update-Bob Piper contacted me to tell me Reg Kopsch died at Nathalia Hospital aged 91 having lived at Preston, Kyabram and Nathalia, Victoria. It would seem the cemetery got his age wrong as what Bob has told me is in accordance with the Archives records. 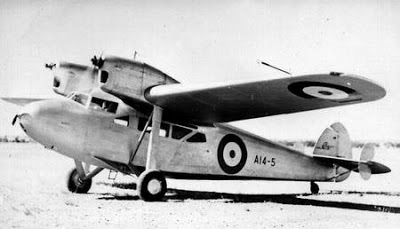 The above photo is of the actual Tugan Gannet (no A 14-5) which crash-landed on Mt Ainslie, obviously sometime before the crash. Again, many thanks to Bob Piper for the work he put into tracking down this photo.

Bob also put me onto the youtube link below in which some 8mm film captures the first flight of the first Tugan Gannet in 1935. "Alexander's Ragtime Band" is played on the piano as background music.

From the original posting acanberraboy.blogspot.com.au