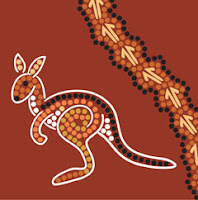 The author of this controversy, Mr W.P Bluett, hailed from Brindabella. He was a prolific letter writer and shared much of his local Canberra knowledge in letters to the editor in several newspapers. I first came across him in an article about the origin of the name Piccadilly Circus, an intersection at the top of Brindabella Mountain.

The discussion below starts with a letter to the Sydney Morning Herald by Bluett titled "Canberra Blacks in early settlement days" where amongst a myriad of information Mr Bluett reports the Aboriginal population of Canberra as numbering 500 when Europeans settlers arrived.

His letter spawned several replies. I had read the five articles below individually before but had never read them in context to each other simultaneously. Combined they make quite an educational read... 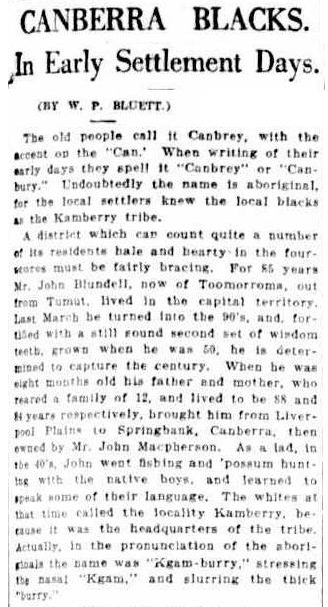 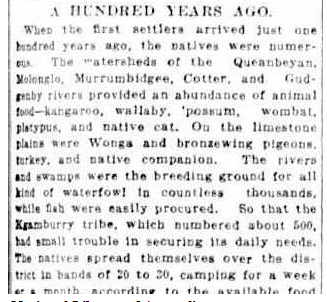 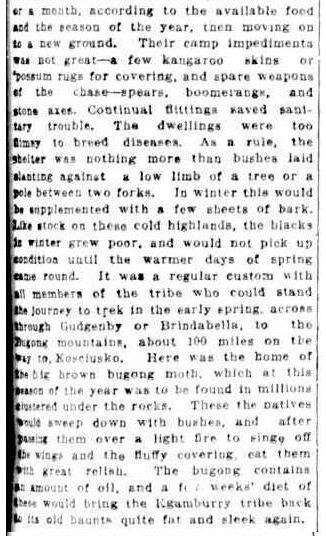 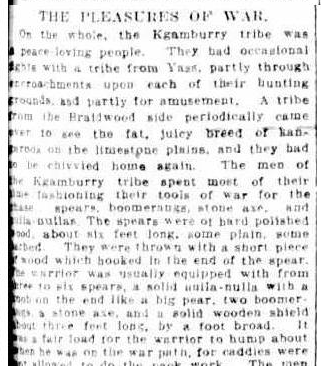 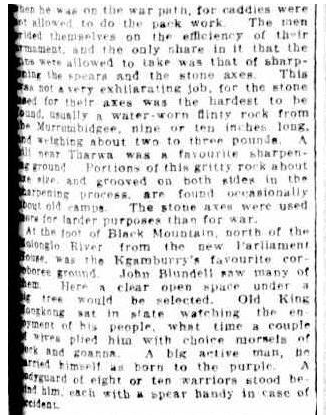 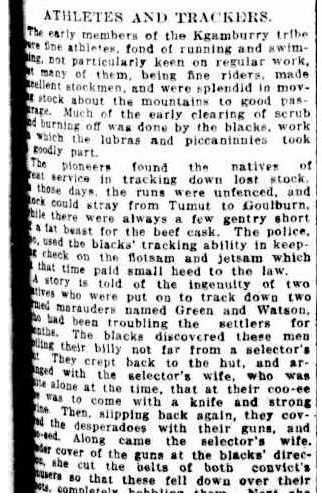 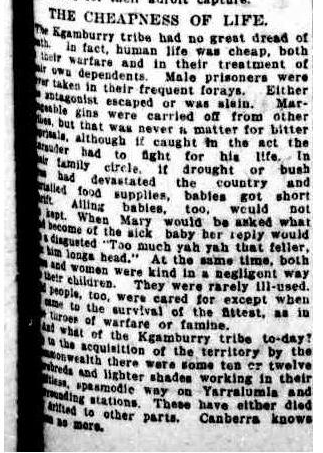 National Library of Australia
Enter Mr Slater who asserts there were no Aboriginal People resident in the Canberra Area as reported by the Naturalist John Lhotski on his travels to explore the Australian Alps. Slater suggests the Aboriginal population were probably wiped out by the "catarrbal epidemic" of 1920 which as far as I can ascertain is a type of Influenza...

National Library of Australia
And a reply a few days later to Mr Slater from Mr Bluett disagreeing and defending the testimony of local pioneers... 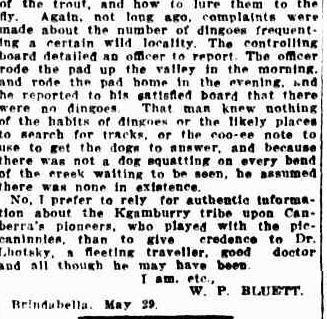 National Library of Australia
Mr Slater responds with a defence of the goodly Naturalist and goes on to question the suggested orthography of Canberra's name...

National Library of Australia
At the end of the day Mr Samuel Shumack, an old Canberra pioneer enters the debate and supports Mr Bluett. Shumack seems the most reliable in regards this matter. I first came across Shumack in John Gale's work 'Canberra : history of and legends relating to the Federal Capital' where he is quoted in reference to the Aboriginal Woman Queen Nellie Hamilton... 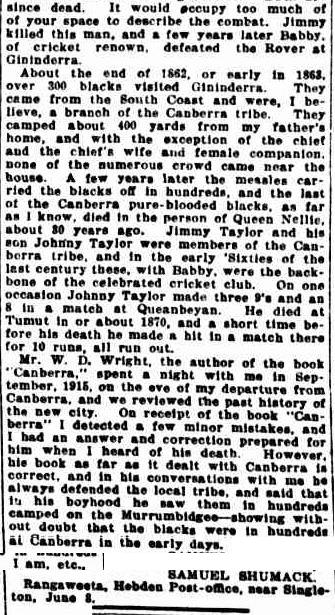 National Library of Australia
Conclusion...  If the Aboriginal population were absent in 1823 it was temporary. I have read in other sources that the population was numbered 500 men not counting women and children. Knowing the layout of the described boundaries and the travelling times of the day even the Western boundary of the Goodradigbee River is more than a 24 hour march over Brindabella Mountain.

Anyway... the more I look into it the more I see a very sad story emerge in the decades after settlement. Whatever number Aboriginal population lived in today's Australian Capital Territory at the time of European settlement decreased at an exponential rate in the following decades. The stories are entwined with the sentiments of Queen Nellie Hamilton reported last full blood Aboriginal and Onyong who was described by settlers as the 'last of the wild blacks'. Both saw first hand the effects of white colonial settlement.