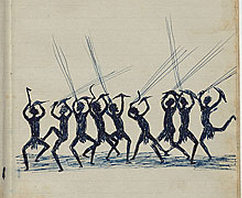 An old clipping from 1919 that describes an Aboriginal battle between the Piallago tribe from Canberra and the Monaro Tribe from the South in the previous century.

The battle appears to have raged from Sutton, through Piallago, past Cuppacumbalong and off in to the mountains around the Nass in the ACT's South with the Ngambri being the eventual victors.

It is interesting to note from reading both the Ngambri and Ngarigu websites that the tribal boundaries of both Peoples are still  contested today... 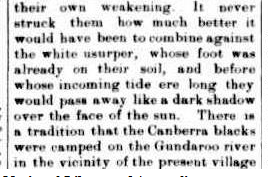 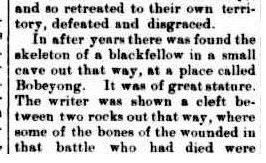