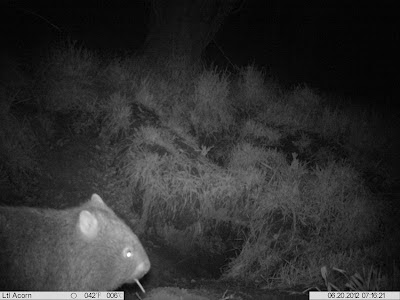 This was an experiment in capturing wombats on camera. Finding wombat burrows on the Murrumbidgee is pretty easy but finding one with something to position a camera on is quite a different matter. I finally found a wombat burrow with a tree located just in front of a burrow entrance.
I also discovered the limitations of a set of batteries which I hadn't replaced in over 3 weeks continuous use. As the batteries drained (and cold nights contributed to the battery drain) the camera started taking very short clips (1 second) which made many of the 50 collected video clips useless.
I also learned that wombats can easily move a camera from the position you set it when you place a camera so close to the ground. As such many clips showed only the curve of a wombats back or a passing set of whiskers. Out of a corresponding 50 photos though I was surprised at the number of foxes. 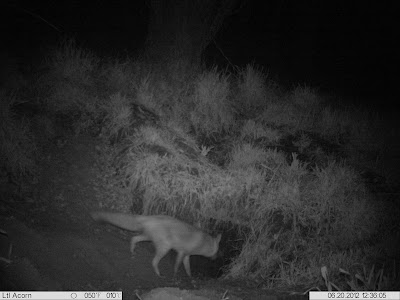 I'm not actually sure with the limited evidence shown whether the foxes use the burrow as a den or if the hasty entrance shown in the following video was a 'raid' of some sort. I have made a short video with what was worthwhile out of the two nights I managed to capture footage and called it Murrumbidgee wombats #1...

I'm getting a better idea on how to position the camera in this circumstance now. With a full set of batteries and the correct angle this burrow should be able to tell a better story next time over a longer period. Also now, if they weren't just random events, I am interested in the association wombats seem to have with foxes. 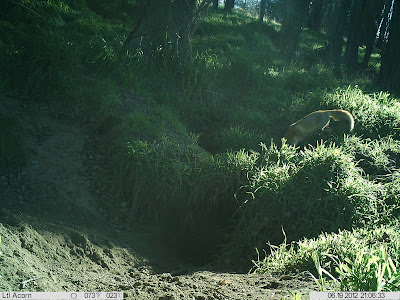