MACROPODS OF THE ACT 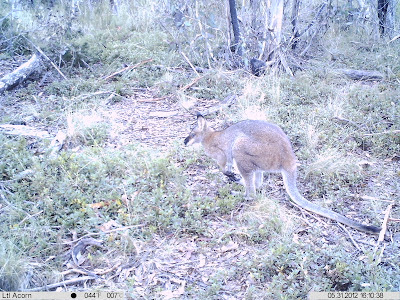 Since I have started publishing wildlife videos on this blog I have received the odd question about the difference between a kangaroo and a wallaby (easy, size, colour, shape and habits) but by far more questions on what kangaroos and wallabies we have here in the ACT. I suppose I just take them all for granted but I’ll answer here as a reference I can point future questions to.

Before European settlement there were roughly 53 species of macropods (kangaroos, wallabies, tree-kangaroos, pademelons and several others) in Australia. Since then six species have become extinct and a further eleven species are in a dire circumstance.

The ACT is not much different to a lot of Australia. In the ACT we had a number of those species which are now locally extinct with the most recent being the rock wallaby which was hunted relentlessly and last seen in the late 1950’s. So in answer to the question we are left with the Eastern grey kangaroo, red-necked wallaby, swamp wallaby and common wallaroo. Four species of what was perhaps quite a few more.

I have lined up our remaining species in this 1:20 video and although I included the rock wallaby as a ‘presumed’ extinct species, 50 years on, I don’t hold much hope of any surviving now.