Another clipping to the collection of articles mentioning the 'naming of Canberra'... 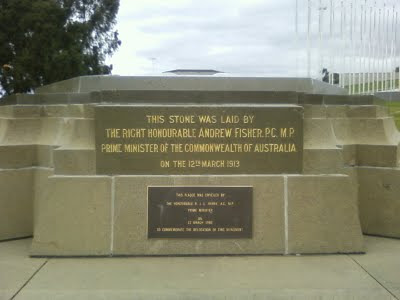 Most attribute the meaning to an Aboriginal source but there is some conjecture as to the meaning of the Aboriginal word. These past posts suggest various meanings from Aboriginal  'meeting place' to 'women's breasts' and differing British idea's of origin with the strangest being the suggestion that an old man named 'Old Canberry' picked the local berries and took them into Queanbeyan in cans to sell.

For all of it I think J.J Moore settled the first property on the Limestone Plains and called it 'Canberry'. The local Aboriginal people were called the 'Ngambri'. (gambri/canberry). Records held at St Johns Church show the changes in entries to the church records finalising in Canberra. Its pretty simple Ngambri... Canberry... Canberra.

This article although broad does relate Aboriginal meanings however to a few local names such as Booromba, Cuppacumbalong, Mugga, Murrumbidgee, Queanbeyan, Tuggeranong and Uriarra. 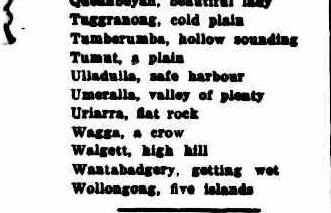