Strangely for a Canberra based blog I have very little interest in the history of Canberra's federal political goings on but found this article interesting. The 'mystery' discovery of what I imagine must have been a very expensive long range radio dumped in the Molonglo River... 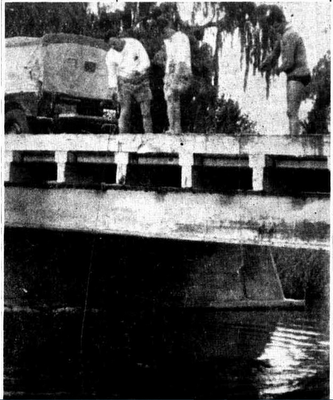 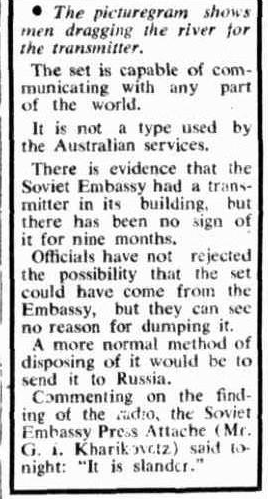 National Library of Australia
But it gets more exciting there are pistol parts found too...
Townsville Daily Bulletin - Thursday 29 April 1954

National Library of Australia
The discovery was made at the height of the Cold war era Petrov spy scandal of 1954, known in Australia as the Petrov Affair. The result of the 'affair' was the expelling of Australian diplomats from the old Soviet and their embassy here recalled. Perhaps with the public mood of the time assigning ownership to the Russians was probably a given...

National Library of Australia
But alas for all the excitement things weren't as they seemed apparently... 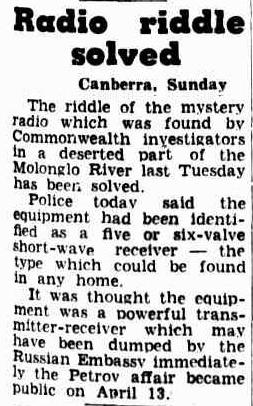 National Library of Australia
The equipment was found to be only a long range receiver but I still wonder why someone would throw one away in the river. Perhaps the answer lays in an ASIO vault somewhere.