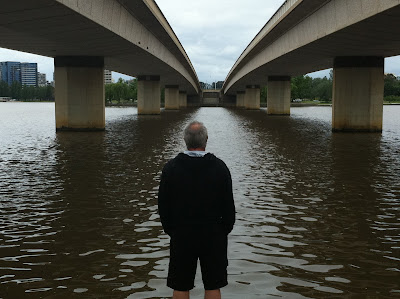 It would be difficult to imagine Canberra without Lake Burley Griffin today but nearing 50 years ago it was constructed. The following video shows the lake as it was being designed and tested, constructed, opened and being utilized. It really is a blast from the past...

An historic video from Film Australia

" Made by The Commonwealth Film Unit 1965. Directed by Neil Howe. Canberra, the National Capital of Australia, has a man-made lake in the centre of the city. We see a working model of the lake, dam, flood-gates, various transport routes and bridges. The lake, designed by Walter Burley Griffin, was opened at the end of 1964. The film shows the official opening by then Prime Minister Sir Robert Menzies and the use of the lake for water sports."