To fully understand the context of this post I would suggest reading 'Queen' Nellie Hamilton for some background info - There are also mentions of Nellie - Ngambri ACT's traditional owners? and the Naming of Canberra.

Nellie was a remarkable woman who I have often described as Canberra's first Aboriginal activist. I think she gives a glimpse of the true impact of European settlement on the traditional owners of Canberra. I put Nellie as being a child when the first explorers came through in 1822. She would have experienced the sudden appearance in the late 1830's through to the 1880's of colonial development and experienced first hand an expanding colony take away her traditional lifestyle. She also was quite prepared to speak her mind in protest and is probably only truly being heard today... She died just prior to Federation.

Which brings me to the purpose of this post. At some point Nellie was quoted as saying the following;

'I no tink much of your law.
You come here and take my land,
kill my possum, my kangaroo;
leave me starve.
Only gib me rotten blanket.
Me take calf or sheep,
you been shoot me, or put me in jail.
You bring your bad sickness 'mong us'. Nellie Hamilton


I don't know why but I had always attributed the quote to her appearance at the opening of Tharwa Bridge in 1895 but this is incorrect. I have discovered by way of Jonathon that it is not the location. Nellie actually made the comment to a leading Queanbeyan citizen in a discussion outside Queanbeyan's Goal. The quote though is authentic and I think looking back in time today it is very powerful.

My blog is a record of my stumbling through Canberra's history and I stress to anyone that reads it that I am an amateur historian so please keep in mind it's a historical journey for me and a hobby. I try and update anything nonfactual in previous posts when alerted and I was pleased to receive the true source of the quote as supplied and I learned a few more things as well. Thanks Jonathon. I'll be doing some updating.

"Her words were recounted after the fact by Samuel Shumack. His manuscript which includes a version of Nellie's quote is held by the national library, but the most widely quoted version was from a letter he sent to John Gale who related the anecdote in his book about the history of Canberra. There is no mention in either of these about her being at the Tharwa bridge opening. " 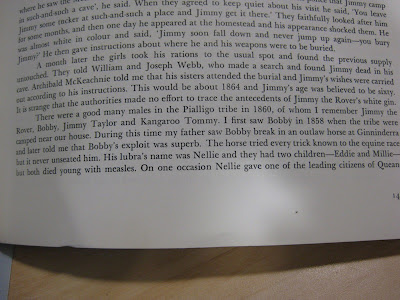 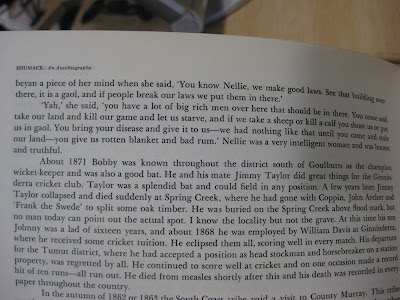 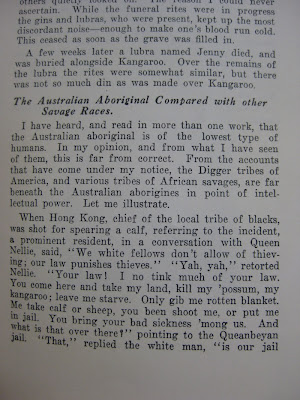 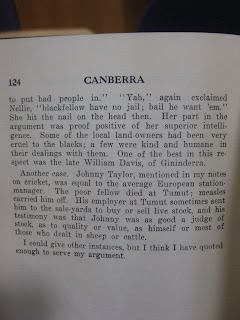 Anyone wishing to know more about Canberra's traditional owners I highly suggest you visit the Ngambri Website.