A BRIEF HISTORY OF CANBERRA 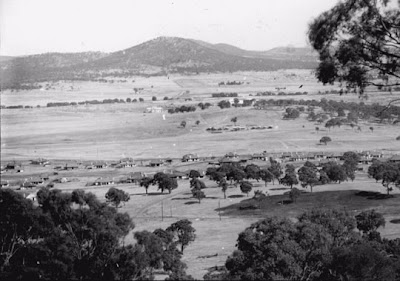 This 1927 Tasmanian newspaper clipping is pretty much a 101 of Canberra history from the area's discovery in the early 19th century to it's development into Australia's National Capital and Territory in the early 20th. I have read quite a few early news clippings reporting the new capital's beginnings to the population but this is the best so far. A lot of detail has been crammed into the article. Tasmanians probably knew more of Canberra's early history than the rest of Australia at the time.

I do wonder what happened to the multi-State sourced 27 foot tall granite column 'under construction' on  Kurrajong Hill.