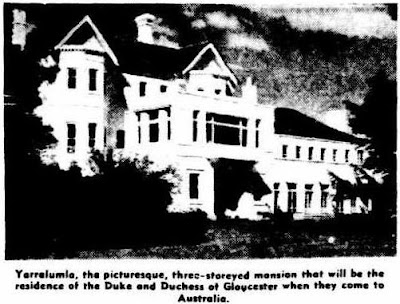 A stolen diamond finds it's final resting place amongst the bones of a murdered Aboriginal beneath a Deodor tree (Himilayan Cedar). Where? in the historic grounds of today's Governor Generals Residence in Canberra. I don't like anyones chances of recovering the gemstone today if it existed but this newspaper clipping begins the story with an 1826 tale of bushranging, to an 1841 treasure map of the booty, a murder, a ghost and culminating with an 1881 letter describing a mystery waiting to be solved. Its got it all...
The Advertiser - 7 October 1944 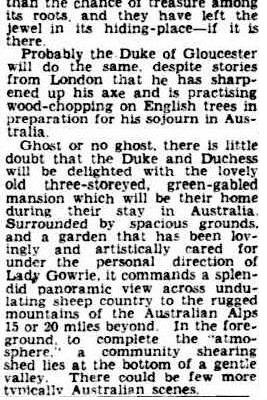