POSSUM HUNT IN THE CAPITAL 1945 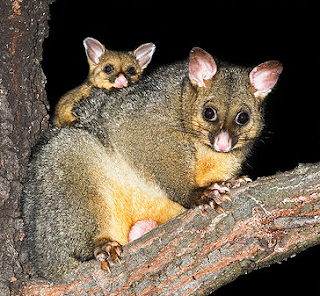 Unthinkable today but nearly 70 years ago 'open season' was declared on the humble Possum in the city area of Canberra. Many residents readily took to the new 'sport' and in a two month period 2000 possums were dispatched in a one mile circumference of the city center. The following two clippings relate the announcement of the open season and two months later the results. Imagine the uproar today... 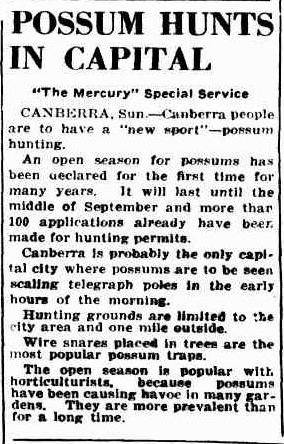 National Library of Australia
And the Results... 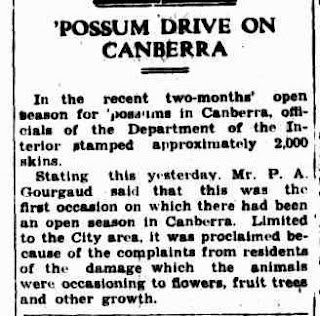