THE BITER BITTEN - SCOTS HAVE THEIR JOKE 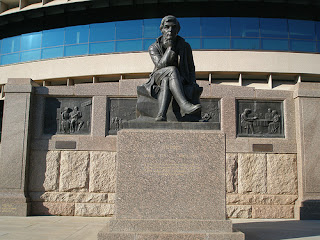 A newspaper clipping from 1935. The canny Canberra Scots, after fundraising for years with pipe bands, dances and donations, began erecting their precious monument to the Scottish poet Robert Burns. The monument was to cost between 5 and 6 thousand pounds. The clipping details the Scots response when "bitten" for land rent. I have a post on the Canberra Highland Society which endures strongly today... 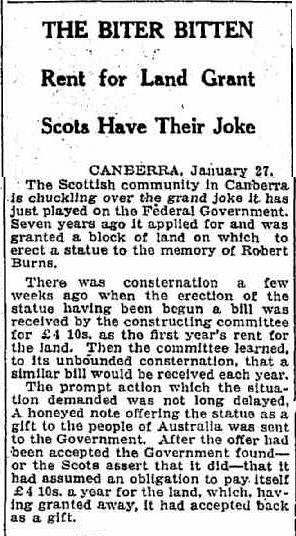