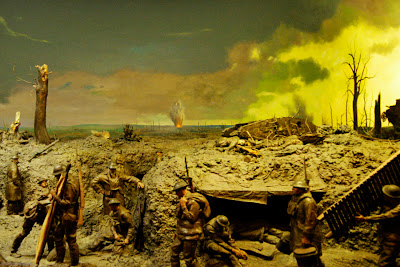 I was poking around in Trove and found this newspaper clipping from the Canberra area during World War One. The article describes the mundane news, social gatherings and respectable gossip of the area with a few tactfully? placed advertisements sprinkled through.
What I found striking about the clipping was that while the ordinary happenings of life unfolded in the region Christmas 1917, one soldier was reported as safely home to Queanbeyan, one was reported as wounded in Egypt and three brothers from Sydney were reported as killed within the space of two days on the Western Front...
Queanbeyan Age and Queanbeyan Observer - 21 December 1917 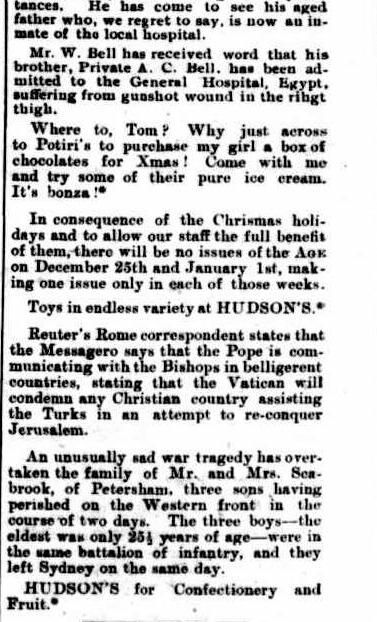