Out past Uriarra to the west of Canberra is the Brindabella Road. The road rises to the peak of the Brindabella Mountain on the ACT border before descending into the Brindabella Valley of New South Wales and Tumut beyond. At the junction of Mount Franklin Road the intersection as long as I can remember has been known as Piccadilly Circus. A pretty grand name really for an intersection on a dirt road. 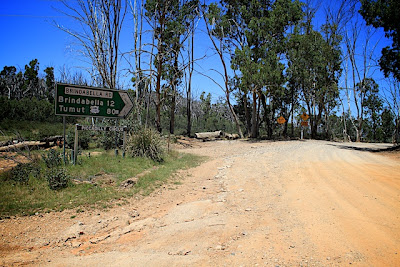 Apparently the name PC has not always been used with Mr W.P. Bluett of Brindabella putting forward an argument in 1953 that the original surveyors were instructed to name features after existing Aboriginal names and that this was not being adhered to with the appearance of a "Piccadilly Circus" sign at the mountains peak... 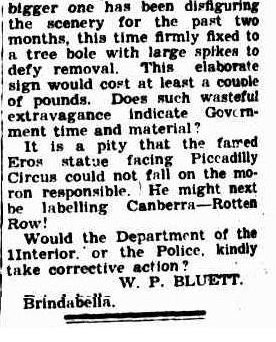