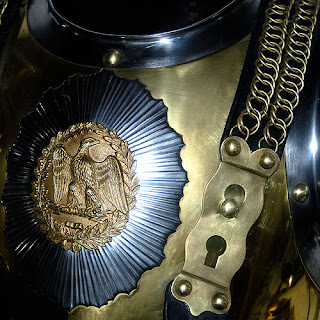 Another reference to a link with Napoleon. This article is about a collection held By Dr. F. Watson of "Gungahlin" Canberra. The collection claimed to be in the possession of a set of armour worn by Napoleon in his campaigns in Egypt. The article also discusses the fortifications of the Gungahlin Homestead in response to rampant Bushrangers. The collection presented is varied with articles from several historical episodes of history in Australia.

Unfortunately for Doctor Watson Napoleon departed after the battle for the Nile (info) so rapidly that much provisions and equipment was abandoned and that several suits of "Napoleon's" armour emerged after that time. Who knows? 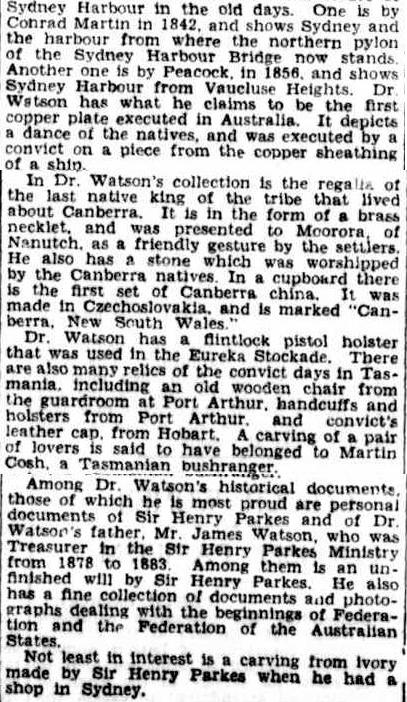