The following newspaper article, although at first not specifically referencing the ACT, gives broad information of the colony's attitudes to the development of bushranging and secondly the decline of the Aboriginal population from 1788 - 1938.

The lengthy two part article at first gives reference to the survival based "bushranging" of the early 19th century colony in NSW. Canberra's Bushranger, John Tennent, "The terror of Argyle" (post) was of the first period of bushranging described in the clipping. The article then goes on to explore bushranging in general.
The second article mentions the Canberra region (Limestone Plains) and gives a fair impression of the sentiments of the European population in the 1930's as to what they saw as the inevitable end of the Australian Aboriginal race of people. From settlement to the time of this article alone, 70 years ago, Europeans of the 1930 era were lamenting the loss of Aboriginal People yet continued to destroy Aboriginal culture in the same manner as the past. The attitude described below is confronting but probably historically accurate...
The Sydney Morning Herald - 24 January 1938 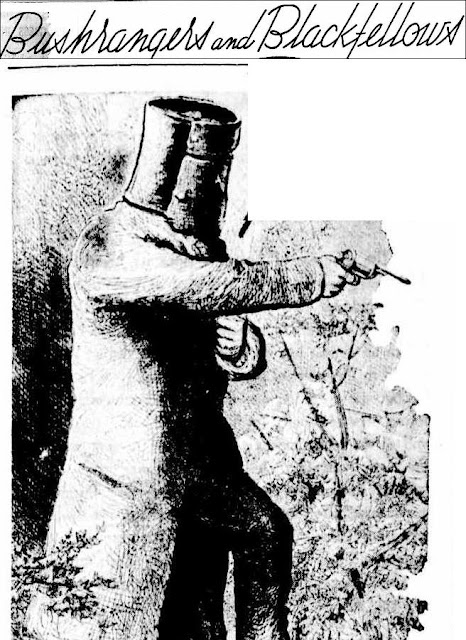 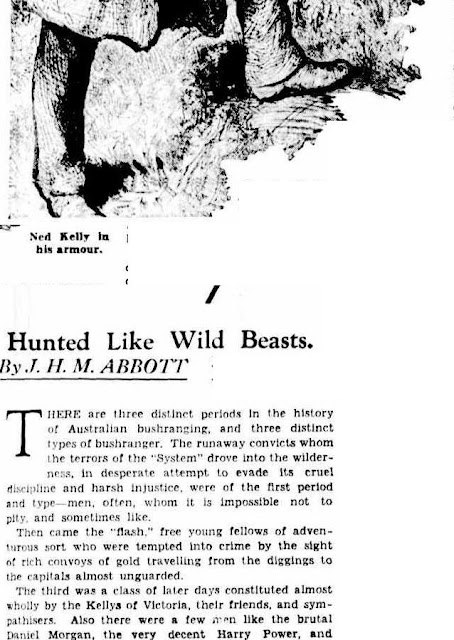 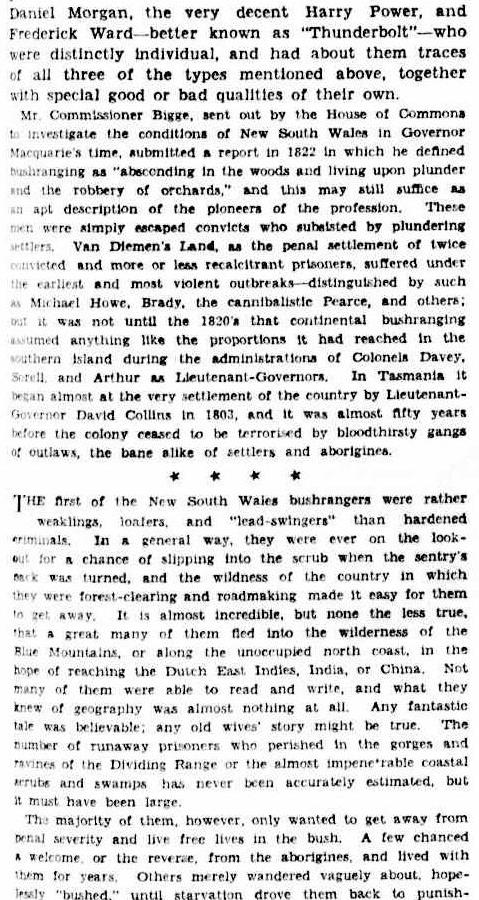 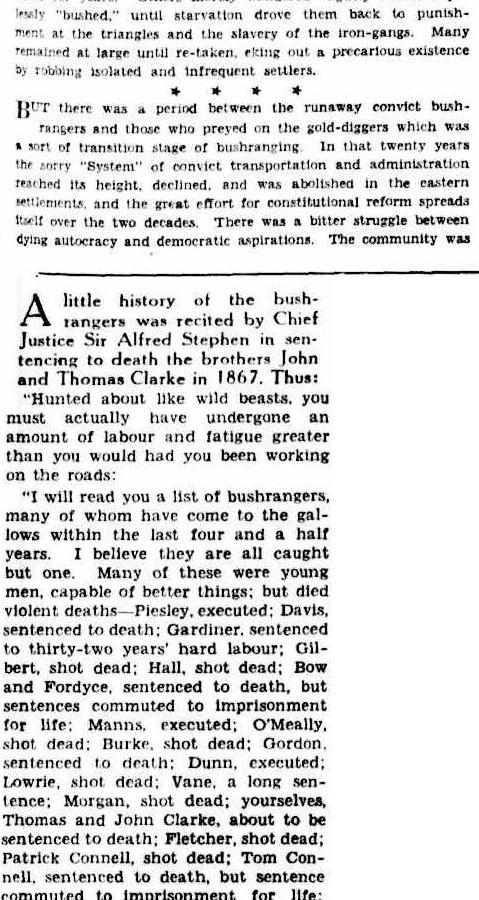 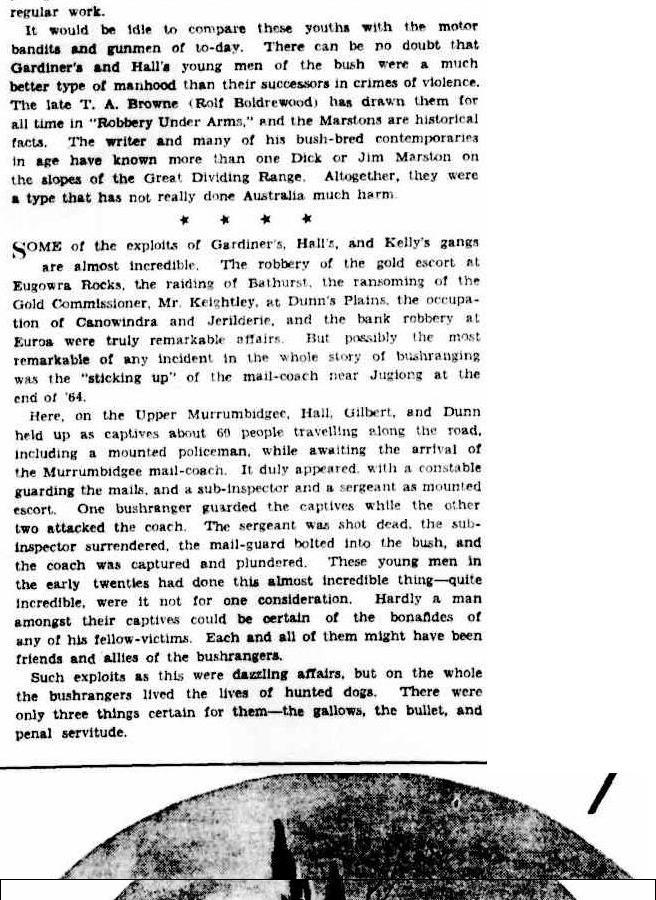 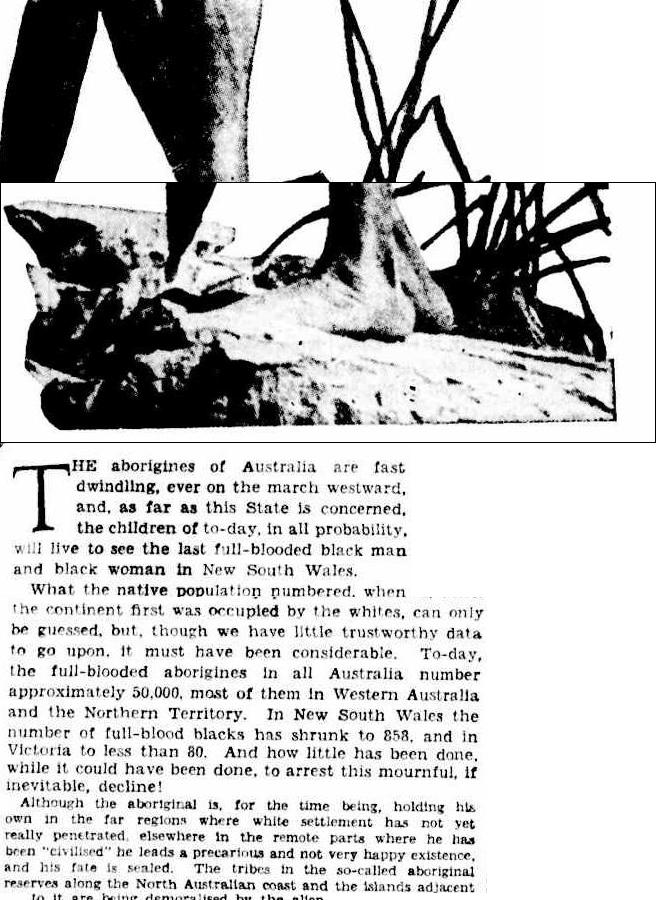 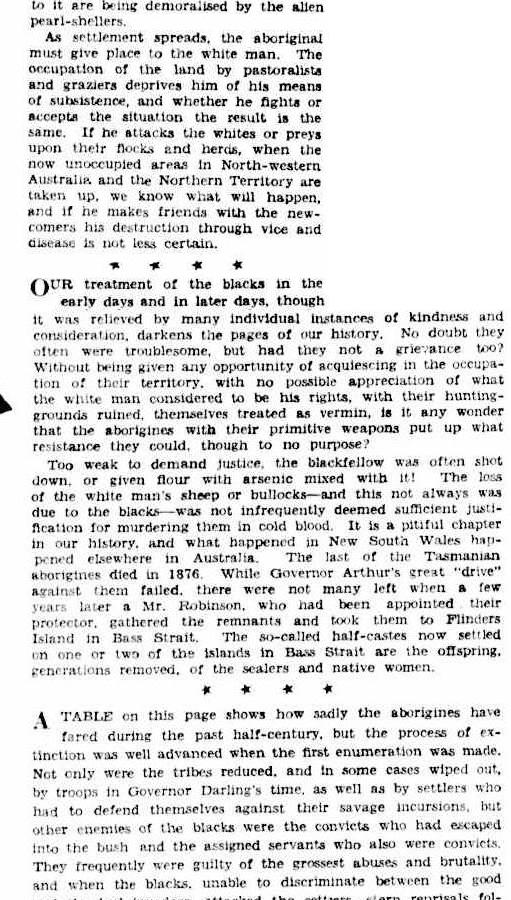 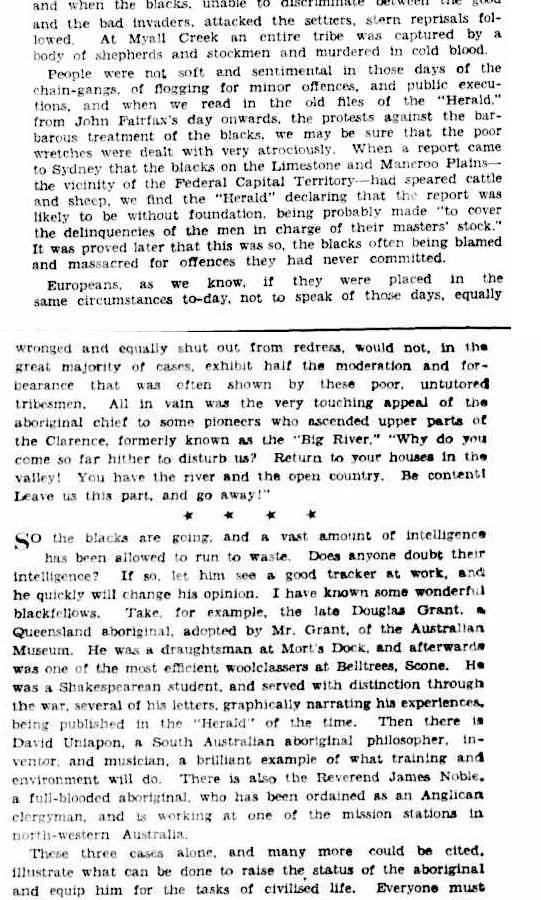 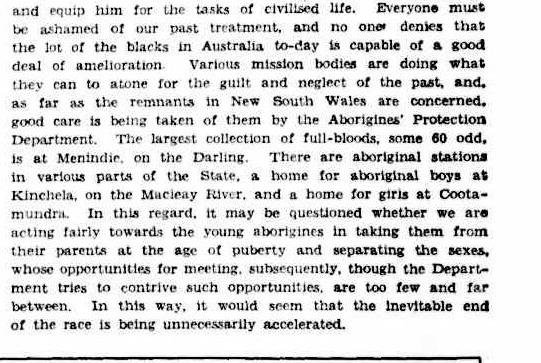