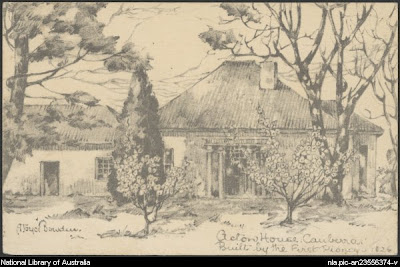 Demolished to make way for the old Canberra Hospital, which in turn was demolished to make way for the National Museum of Australia, Acton House was the original homestead erected by Joshua John Moore (bio) on the Limestone plains in the 1820's. This newspaper clipping from the Cairns Post dated 23 July 1941 discusses the homesteads use as the first settlers homestead until it's resumption by the new Federal Territory. The first also...