The Murrumbidgee River east of the Tidbinbilla Road marks the boundary of the historical property Lambrigg, formally owned by agricultural scientist William Farrer. The following information is from the signage at the Tharwa scenic lookout which overlooks Lambrigg Station: 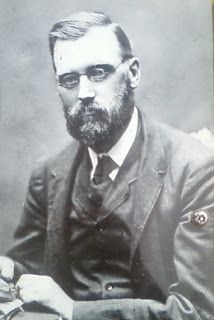 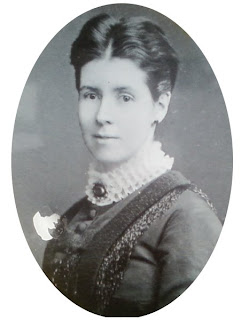 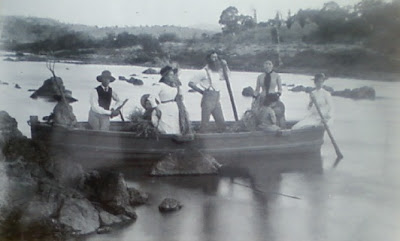 Above: Nina Farrer holds a wheatsheaf as members of the de Salis and Smith families prepare to cross the Murrumbidgee River, about 1895.

Farrer used Lambrigg as an open-air laboratory, aiming to grow a wheat resistant to fungal disease and drought. He recorded hundreds of experiments - each requiring painstaking care to pollinate tiny wheat flowers by hand - in his precious field notebook. Farrer's dedication was intense - he even chose to stay in Australia rather than return to England to inherit a family fortune. 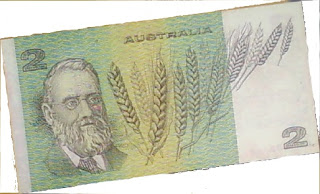 1966-1988 Australian two dollar note
In 1897, Farrer finally cross-bred a high-yielding and drought resistant strain. It was released in 1901 as "Federation Wheat". This strain and others Farrer developed, let wheat farming extend into Australia's drier west, and made Australia a major wheat exporter. Within twenty years, Farrer's research had changed wheat-growing around the world. 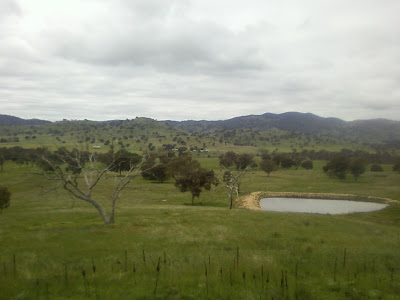 Sadly, Farrer knew little of his success. He died in 1906, and was buried on a hill at Lambrigg overlooking his beloved wheat crops and the Murrumbidgee.

The following 30 second video attempts to show the panorama of where Farrers experimental "pocket handkerchief wheat plots" once were...


THE MAP OF LOOKOUT HILL