THE MOLONGLO - CANBERRA'S OWN RIVER

An article where Canberra's Molonglo River is poetically described from a time where it's flows were not hampered by the expanse of Lake Burley Griffin which now covers the rivers flood plains. Before the construction of Scrivener Dam the Molonglo River used to wind it's way through Canberra, past Parliament and Black Mountain, past the Governor Generals residence of Yarralumla and through the Molonglo Valley until it joined the mighty Murrumbidgee River... 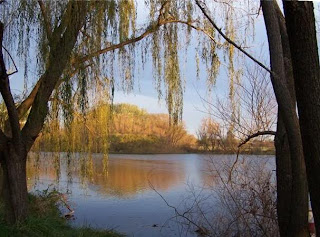 Update : My thanks to Lynn who commented:
"I was curious about "Haliden" so I searched and found her name was Hilda Gertrude Hartnett.  Found here.  Hilda Gertrude Harnett was born on September 9, 1890 in Eucumbene Station near Adaminaby, NSW and died on May 26, 1984 at age 93."
The Sydney Morning Herald - 18 February 1933 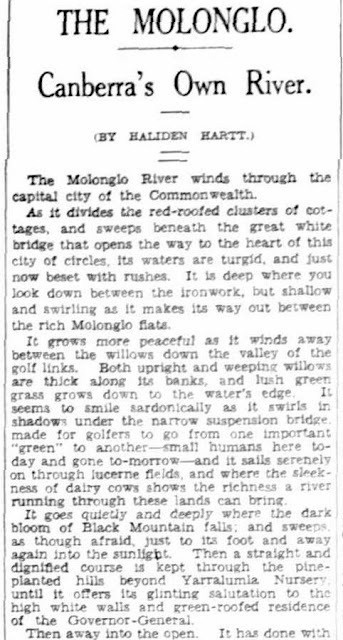 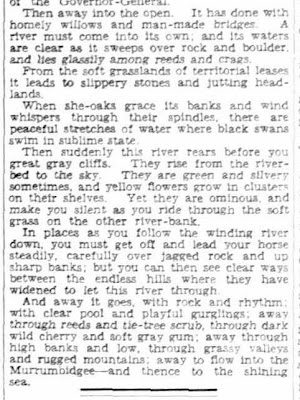