This newspaper article reports on the accomplishments of Moore as he opened up the Monaro and into the present day state of Victoria. The article was prompted by the re-discovery of J.J. Moores cattle brands in 1928. Before the clipping some background information...

Lieutenant Joshua J. Moore was born in 1790 near Horningsen England and in 1813 entered the Army. He rose to become a Lieutenant of the 14th Buckinghamshire Regiment of foot and was present at the Battle of Waterloo. Soon after this famous victory, he retired on half-pay, and in 1816 emigrated to New South Wales. 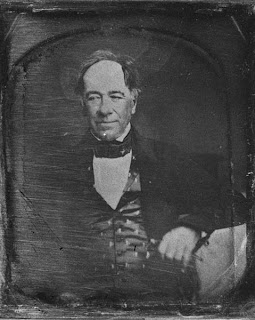 Joshua John Moore (1790-1864)(bio)
After holding several high positions in the Justices Department in Sydney he retired from official life and resided on 500 acres at Cabramatta NSW which garant he had recieved in 1819. He was the first landed proprietor at Canberra but was eventually forced to sell his estate of 1742 acres at Acton. The property was purchased  by Arthur Jeffreys. R.N., who had married the second daughter of Robert Campbell. J.J. Moore died at Baw Baw, near Goulburn, on July 27 1864. 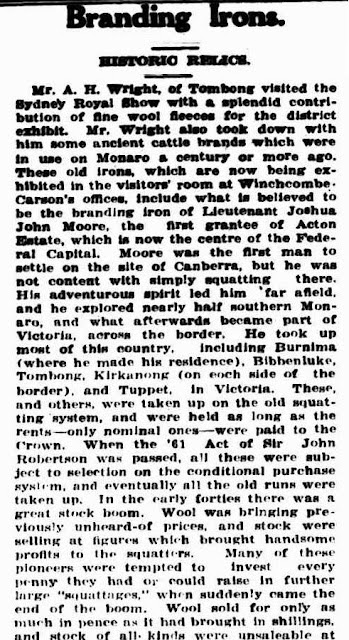 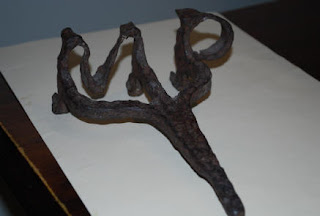 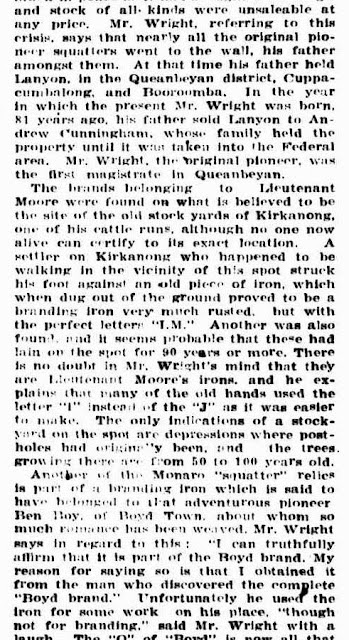