INCIDENTS IN THE LIFE OF JAMES AINSLIE

Dated 1926 this article about the 1820's pioneer James Ainslie tells the tale of his involvement in the Battle of Waterloo and his settling of Robert Campbells property Piallago which was later to become the Duntroon Estate and in the 20th century the Royal Military College Duntroon. 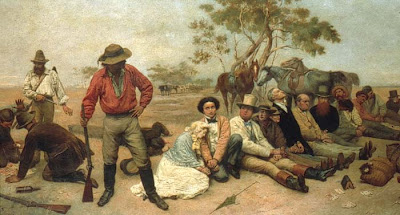 The article relates Ainslies pursuit and eventful capture of the Bushrangers the "Terror of Argyle" John Tennant and his accomplice John Rix who stole the following items from Ainslies hut: 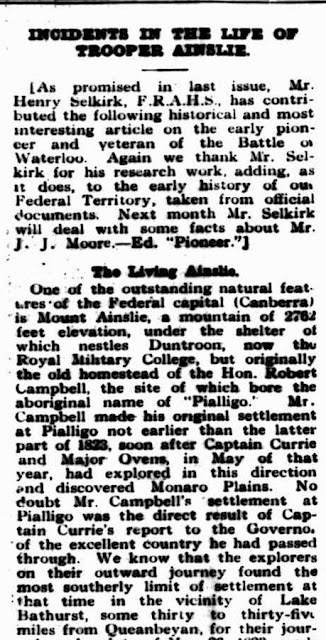 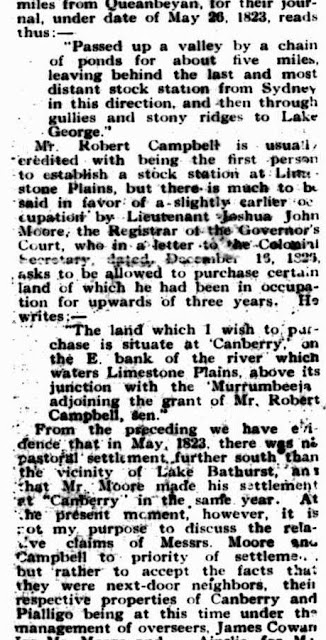 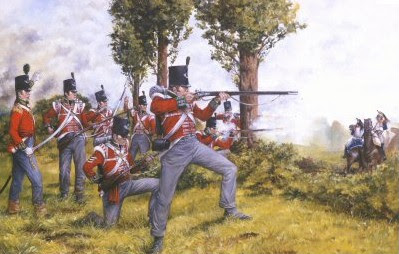 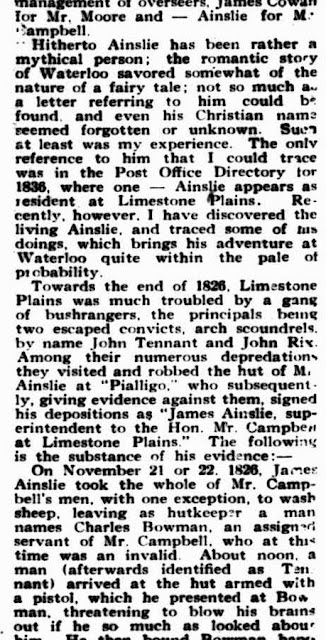 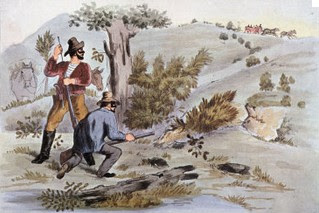 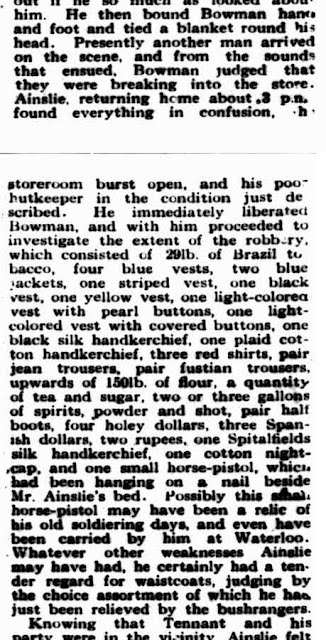 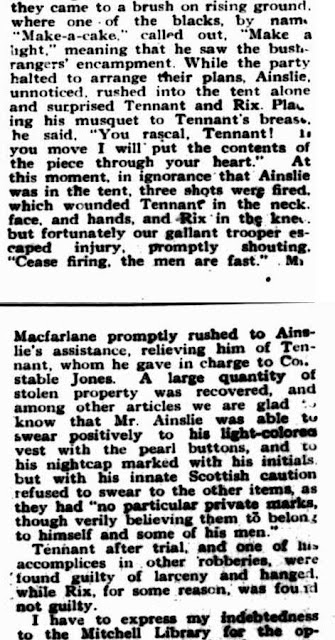