It amazes me the amount of debate over the meaning of the word Canberra that occurred in the early 20th century. The official meaning today is of course the Aboriginal word for "meeting place" which is very appropriate given Canberra is the home of the Australian Federal Government. 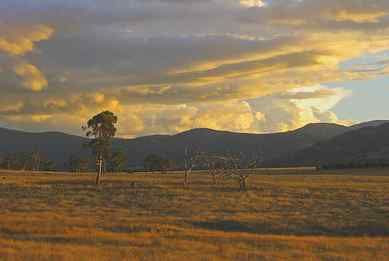 In a second clipping Mr. John Gale (1831-1929) (known in historical circles as the "Father of Canberra")(bio) dismisses this latest assumption that Canberra was if fact the Aboriginal word for the merchant, Robert Campbell (bio) who established the Duntroon Estate (post) on the Limestone Plains in the 1820's. Mr Gale goes on to provide living proof that Canberra was the Aboriginal word "Goyangberra" meaning (possibly) a woman's breasts... 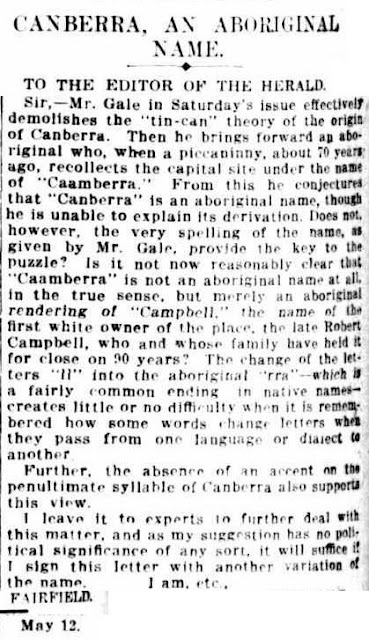 National Library of Australia (here)
The assumption made in the first article is dealt with in this reply by John Gale a week later...
The Sydney Morning Herald - 19 May 1913 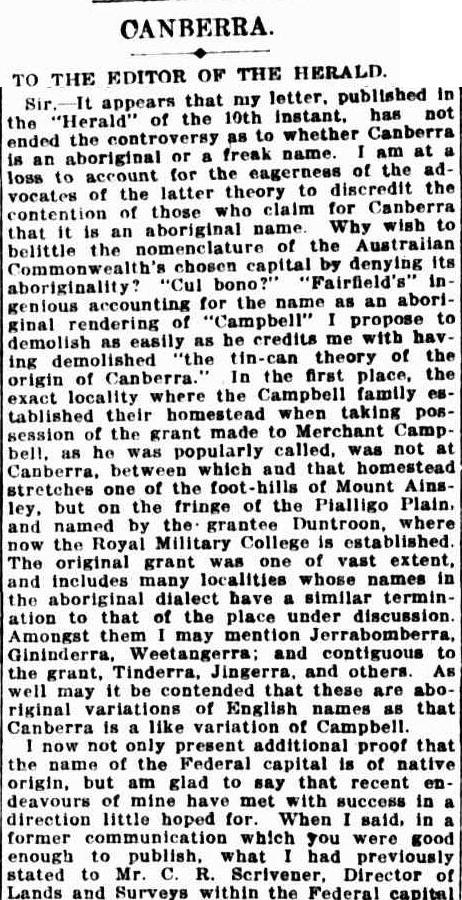 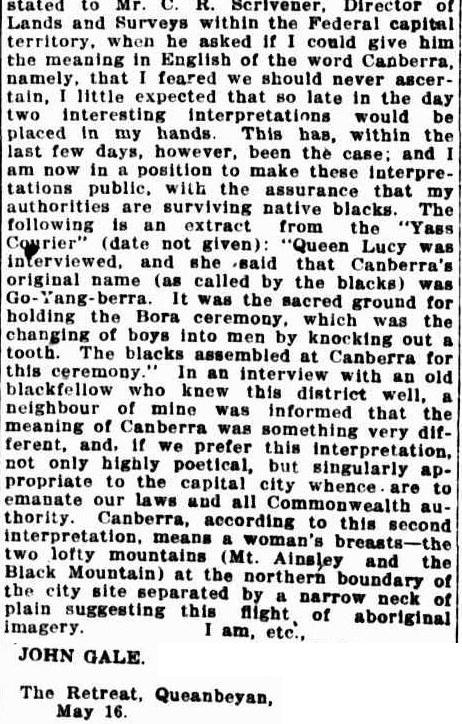 National Library of Australia (here)
I have other posts on different meanings for the name Canberra (here), (here) and (here)
Share -
- October 18, 2010