THE QUEEN IN CANBERRA

Colour Video - Footage of the Molonglo River in front of Old Parliament House in colour before Lake Burley Griffin was filled. The video also shows a 1950's Australia's interest in the Queens visit... 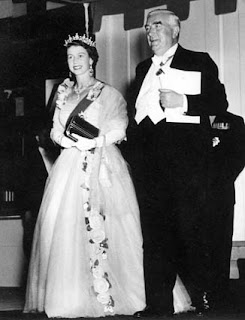 Queen Elizabeth and Prime Minister Menzies 1954
"The Queen visits Canberra, the capital and opens the 1954 session of Parliament in the old Parliament building. The Queen wears the same dress she had worn during her Coronation ceremony in the UK. Restored film, now in Widescreen and Stereo sound".