Yesterday I attended the Show Us Your Limits "walk and talk" to see the northern ACT boundary survey markers as they zig-zag across the higher ground of the Australian Capital Territory's border. The walk was led by Pastor John Evans of the Canberra Bushwalking Club and covered a six kilometer round trip through the northern section of the Mulligan's Flat Nature Reserve. 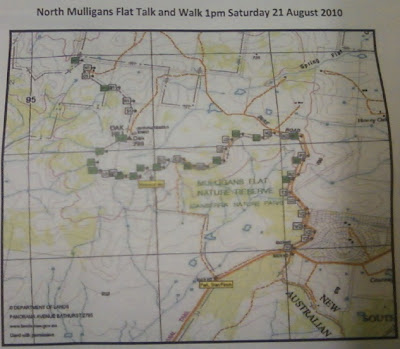 National Trust of Australia Heritage Officer Dr. Peter Dowling and Museum of Australia historian Matthew Higgins related stories of the borders creation at the beginning of the 20th century as the new Federal Capital Territory was carved out of the watershed of the newly formed territory. The walk began at the northern entrance to the reserve at the junction of Mulligan's flat Road and the old Gunderoo Road where we began our accent towards Oak Hill. 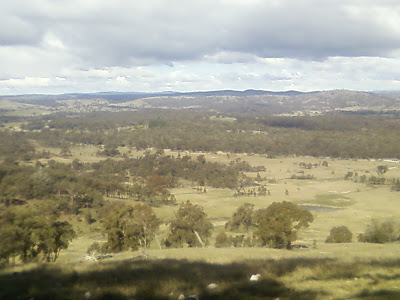 A view from Oak Hill towards Mulligan's Flat
The border literally zigzags across the rounded hill tops changing direction constantly to capture the water catchment for the Federal Territory. At every change of direction a survey post was installed with a line of rocks to indicate the change in direction (Lock Spit). These rock lines left no doubt as to the line of the border and subsequent surveys to "check" the borderline have found the original survey to be very accurate. It is interesting to note that stock fencing along the border has been built not on the survey lines but a few feet on the ACT side. 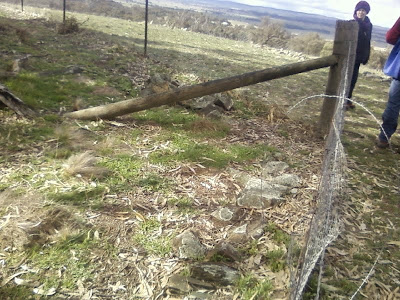 Lock Spit at a "turning point".
Marker trees were also cut next to the border "turns" that further indicated the borders progression. The trees we saw were unfortunately overgrown after a hundred years but a good example of a survey blaze tree is located near the carpark at the beginning of the walk. (pictured below). 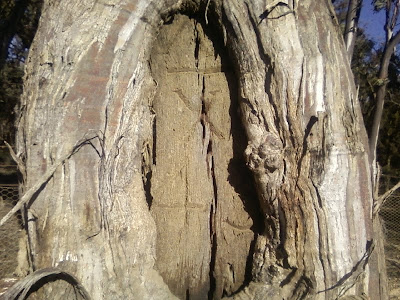 Surveyor Percy Sheaffe and his team under the direction of Charles Scrivener (1855 -1923)(bio) surveyed this portion of the border in May 1911. The border zigzags it's way along the crests and slopes picking up the edge of the watershed. Rainfall reaching the ground on the ACT side will flow into the Ginninderra Creek catchment then into the Molonglo River whilst rain falling on the NSW side of the fence will flow towards the Yass River. 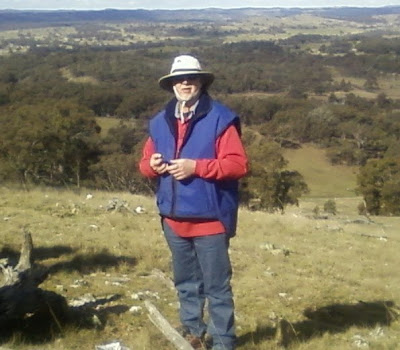 
At every turn of the border the Lock Spits are visible however after a century many have been disturbed by stock and fencing practices by land owners. Also unfortunately many of the timber survey posts have been lost over time. 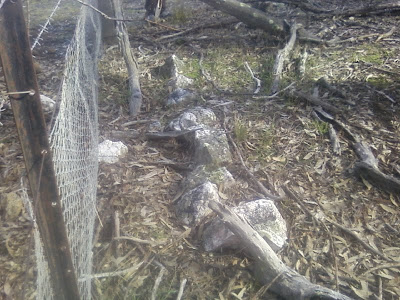 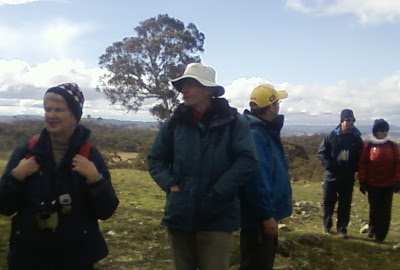 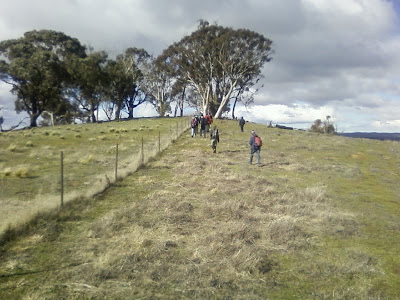 A good example of the watershed line of the border
The day was informative and a little challenging and I would like to thank John Evans, Matthew Higgins and Peter Dowling for imparting their experience and knowledge on a cold and windy day.
MAP