A Video from Canberra naturalist, wildlife conservationist and television presenter Carly Wilson showing the Rock art at Namadgi National Park in the Australian Capital Territory. She narrates an explanation of the animals portrayed in the art and their significance to several local Aboriginal peoples. 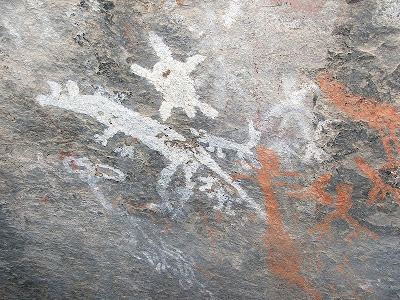 "A quick visit to the rock painting site at Namadgi National Park near Canberra. These paintings are said to be at least 800 years old. Aboriginal countries in Australia would meet at this site to feast on Bogong moths and have a corroboree (a ceremonial meeting). A truce would be in place during the corroboree".