McGregor Hall in inner city Acton was original built in 1949 to house builders kick starting the establishment of Canberra after the conclusion of World War II. The hall was part of one of seven hostels erected to house the generally migrant workers and remains the only building displaying this segment of Canberra's history. 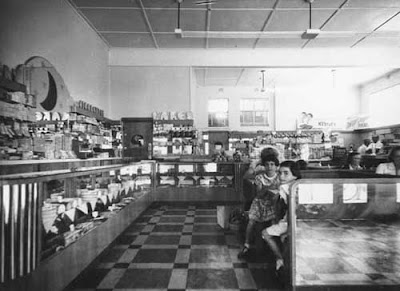 The nearby Blue Moon Cafe in 1953 (wikipedia)
The Hall has however been neglected over the years and although structurally sound requires a makeover. This is unlikely to occur as the building has been closed from public use and has been earmarked for demolition some time in the future. McGregor Hall has over 60 years endeared itself to the community and has social significance to several long standing community organisations.

This video from the ABC Stateline program has some excellent information...